‘The Bold and the Beautiful’ Spoilers: Steam Reunion In The Works – Steffy’s Feelings Haven’t Changed 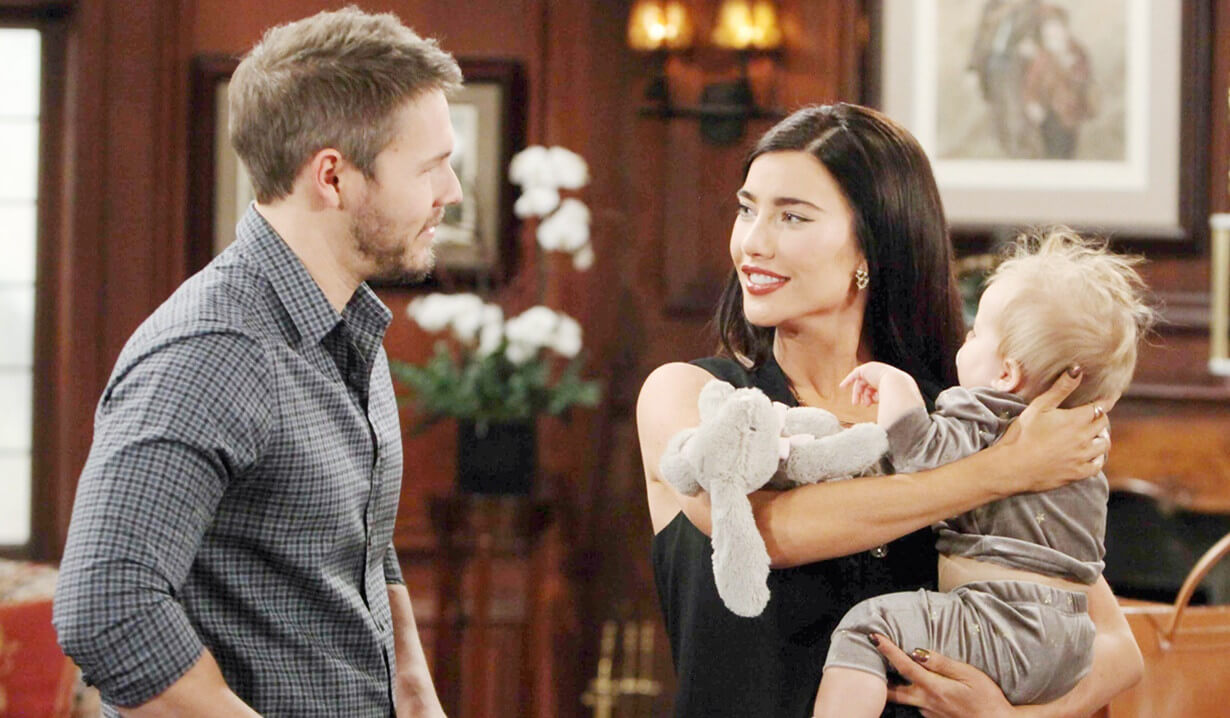 The Bold and the Beautiful spoilers tease that Steffy Forrester (Jacqueline MacInnes Wood) and Liam Spencer (Scott Clifton) might be closer to reuniting than even the most ardent Steam fans would have hoped for within the last year. Lope’s revival, sparked by the epic Beth Spencer (Madeline Valdez and River Davidson) reveal, is leading to Liam finally asking Hope to remarry him.

However, the manner in which he delivers the request isn’t the best. Then, a juicy set of soapy circumstances results in Hope’s (Annika Noelle) witness of Liam planting an apparent love lock on Steffy’s lips.

Devoted soap fans knew that the inability of Hope and Liam to get remarried days after learning that Beth never died meant something. Viewers have been waiting for some form of conflict to split this semi-edition of Lope.

Last year Hope told Liam to return to Steffy, where he could help to raise Steam’s daughter, Kelly Spencer (Zoe Pennington and Allison Marcia Sweeney), and another girl, then called Phoebe Forrester (Madeline Valdez and River Davidson in what wasn’t actually a dual role), who was believed to have been adopted.

So, Hope ended Lope and then proceeded to marry Thomas Forrester (Matthew Atkinson) in what was a one-way marriage. That was a major flop, but led to the revival of Liam and Hope’s arrangement at the cabin.

Steffy has long seemed like the better match for Liam, though that surely is a subjective opinion that can be countered. For example, if Steam is destined, why was Liam so conflicted in 2018?

As B&B’s legions of fans recall, Steffy had to tell Liam to go back to Hope and to marry her. He agreed, rather than fight the advice. That happened because he did and still appears to love Hope more than Steffy.

Thomas’ manipulative actions extend well beyond his own swirl. He’s not given up on the idea that Steffy should be with Liam and continues to act in that accord.

Playing matchmaker isn’t his best look, but Thomas actually has a point. Sure, it’s selfish on his part, but Atkinson’s character genuinely believes that his sister and Liam are more suited to each other than Liam is to Hope.

So the series of events that result in Liam and Steffy kissing are spurned, in part, by Thomas’ suggestion. Hope catches them and then the Steam reunion becomes more than just a dream for fans of this couple. Whether it persists is why the audience will keep watching.