The Young and the Restless Spoilers: Jill Concerned About Billy And Chance, Sees New Future In Genoa City 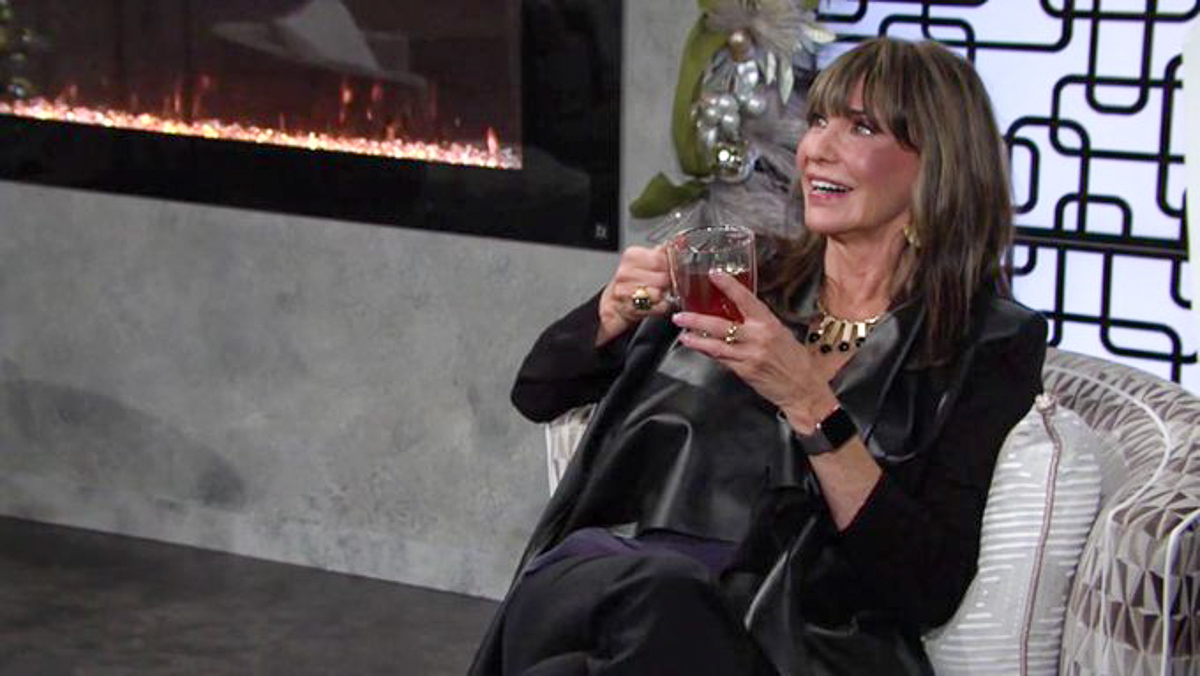 Jill was a bit blindsided when Chance told her in a recent episode of The Young and The Restless that he had given up his job as an FBI agent and decided to stick around Genoa City, and build a private investigation business there. There is a market for private investigators in Genoa City, and besides, even though he didn’t come out and say it, he wants to stay because of his budding romance with Abby Newman (Melissa Ordway) and being tired of much of his job consisting of surveillance and it sometimes being a very boring job! But, Jill still wants to be the perhaps a little too overprotective grandmother and and keep a watchful eye over Chance as he builds his new life in Genoa City. However, he will not be as much a concern as Jill’s other son, Billy Abbott, who seems to be having some major problems!

The Young and the Restless Spoilers: Friday, January 3 – Sharon Suspects She Has Cancer – Chelsea & Adam Reconnect – Tessa Was Married

Jill did come back to town for a brief visit when Billy had his bout with dissociative identity disorder several months ago, but then returned to traveling until the situation with Devon Hamilton (Bryton James) and the challenge to Katherine Chancellor’s (Jeanne Cooper) will came up, then she returned and stayed through that situation, other than when she briefly went to track down Colin Atkinson (Tristan Rogers) who perpetrated the scam with the will, which is still an ongoing investigation since he got away from the FBI. She was concerned about that when Chance told her he quit but he said there wouldn’t have been anything he could have done about it anyway as it had been handed off to other agents. So Jill will also stay around to continue working with Devon to track down Colin.

However, now Billy is having some major problems and nobody has realized totally what they are; all Jill will know is that Victoria Newman (Amelia Heinle) and Billy are falling apart, and Victoria already thinks Billy is having problems with gambling, although he denies it to her. She will find a note and will be blindsided, and realize that Billy might be having an affair with Amanda Sinclair (Mishael Morgan) of all people, and when that gets back to Jill, possibly through Victoria, she knows that she has to rein in her youngest child even though he is a grown man, and try to talk some sense into him! She and Devon still are of the opinion that Amanda is bad news of the worst kind and was involved with Colin in the will challenge scam even though she claims she was scammed by Colin like everyone else!