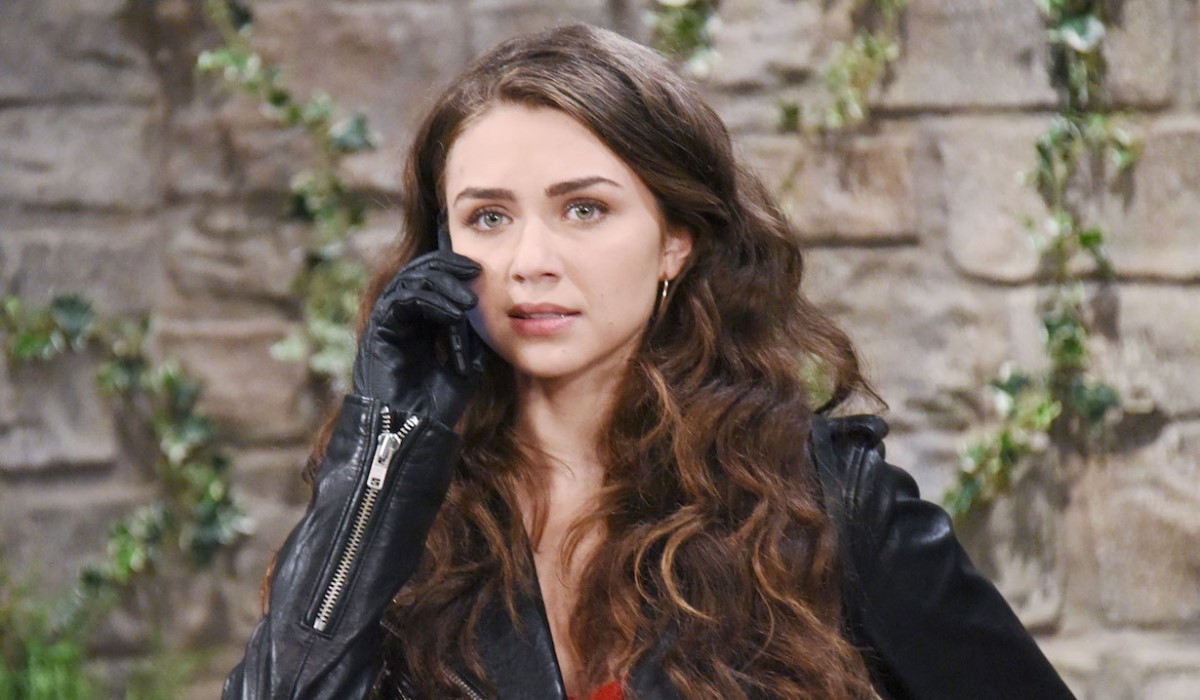 Days of Our Lives (DOOL) spoilers for Monday, January 6, tease that Kayla Brady (Mary Beth Evans) will still be reeling over “Steve Johnson” aka Stefano DiMera’s (Stephen Nichols) confession. “Steve” just blurted out that he loves another woman, so Kayla will naturally want to know who it is. She’s always felt like they were soul mates, so the news that “Steve’s” devoted to someone else will be tough to process.

Of course, Kayla has moved on with Justin Kiriakis (Wally Kurth), but she’s clearly settling based on her recent dream. It’s “Steve” that Kayla wants, but not this cold and cruel version in front of her. Kayla wishes things could be different, but it’s crystal clear that they can’t be. Even though she doesn’t know Steve has Stefano’s memories, Kayla can tell their love story’s over for now.

DOOL fans can expect Xander to warn Ben about Ciara Brady’s (Victoria Konefal) digging. He’ll insist Ben should convince Ciara to back off or there’ll be a steep price to pay. Over with Victor Kiriakis, his showdown with Ciara will take a frightening turn. Days of Our Lives spoilers say they’ll rip into each other over their lies, but the conflict will come to a screeching halt.

DOOL SPOILERS – Is there hope for a Wilson reunion!

Victor will keel over and suffer a stroke, so Ciara will forget all about her anger at that moment. She’ll just want to make sure Victor gets to the hospital immediately. Elsewhere, Sonny Kiriakis (Freddie Smith) will enjoy a kiss with Evan Frears (Brock Kelly). Days of Our Lives spoilers say it should be a fully mutual one this time around. Evan impulsively initiated their last lip lock, but this shared kiss will be a sign that Sonny’s willing to move on.

Sonny still loves Will Horton (Chandler Massey), but pain and circumstances have driven them apart. There’s certainly hope for “Wilson’s” reunion down the road though – especially since Will was framed and Evan may be shadier than he seems! We’ll give you updates as Days details and rumors emerge. Stick with DOOL and don’t forget to check back often for the latest Days of Our Lives spoilers, rumors, updates and news.