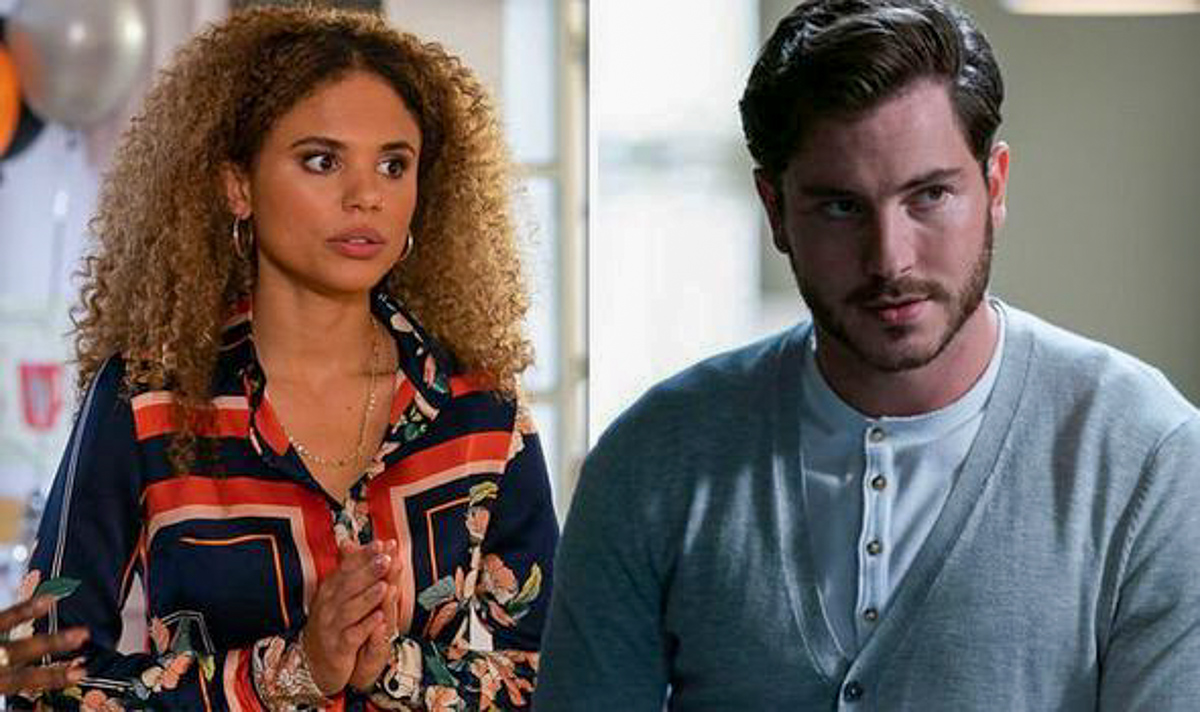 Eastenders spoilers reveal Chantelle Atkins (Jessica Plummer) had a gut feeling not to renew her vows with Gray Atkins (Toby-Alexander Smith). She should’ve listened to her instincts because her husband gets violent again next week. Keep reading to find out everything known about the storyline so far.

As fans know, Gray has an abusive past and it nearly cost him his marriage. For a while, things seemed to be getting a bit better. However, there is a saying that abusers go through cycles and there is always a calm before the storm. It seems that the storm is due anytime now.

Eastenders spoilers indicate that at one time, Gray and Chantelle tried therapy. He opened up a bit about his childhood and the abuse seemed to have a beginning point. However, any progress would not last and things are about to get a whole lot worse for Chantelle.

It is important for fans to realize that this abuse story might not be pleasant. However, people deal with different forms of abuse all the time. We already see Chantelle going through physical, emotional and mental abuse. We also see her really struggling with how to deal with it.

There is also a form of sexual and fertility abuse, in which someone controls another by insisting they get pregnant or some other means of controlling their fertility, pregnancies, and sexuality. This is what is happening to Chantelle right now as he keeps trying to get her pregnant even though she doesn’t want to. Once they got home from their honeymoon, he sent her to take a pregnancy test. Then, he took her upstairs to try and conceive once again.

Eastenders spoilers indicate that on January 7, Gray will get violent with Chantelle again. A sneak peek photo shows her with an alarmed look on her face. Gray is holding tightly onto her arm and is angry about something. Will she be able to get out of this abusive relationship before it’s too late? Fans will just have to keep watching the British soap opera to see what will happen with the characters and storylines.