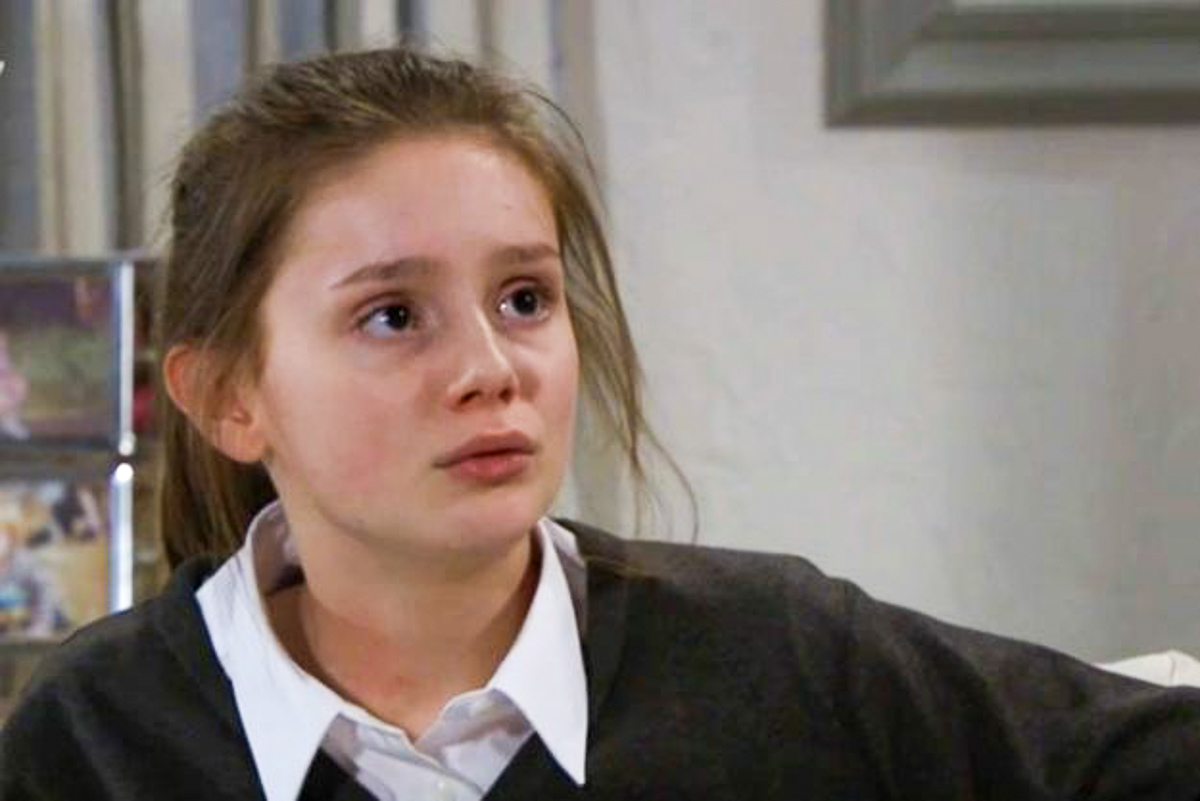 Emmerdale spoilers teased that Danny Harrington (Louis Healy) wasn’t quite done with Sarah Sugden (Katie Hill) yet. Now we know more details about what is coming and it doesn’t sound good. He successfully tricks the young girl into becoming a drug dealer. Yes, this happens even after Noah Dingle’s (Jack Downham) drug overdose, which nearly ended his life.

In previous episodes, we have seen Sarah taken advantage of by Danny. He used her romantic feelings to his benefit and end up having her try drugs and dabble in drinking. Then, he convinced her to hold onto drugs for him. He never did get those back because Noah got to them, took off and nearly died from an overdose after taking them.

It seems that Danny won’t listen to Sarah telling him to get away from her. He contacts her and claims he was attacked by people he was holding drugs for. Then he makes her an offer. Of course, we don’t believe for a second that he desperately needs Sarah’s help. But she apparently falls for the lines he is feeding her.

Emmerdale spoilers suggest that Danny uses her feelings to manipulate Sarah once again. Somehow, he convinces her to do his job for him. He probably makes up a story about how he could be killed if the deals don’t happen. However, it is just a trick in order to get her to do what he wants.

Emmerdale Spoilers: Danny Not Done With Sarah Yet, Plus Moira Left Unconscious In A Ditch https://t.co/wKYWQChXxt pic.twitter.com/2qvyYaHWM0

It seems that Danny gets what he wants and actually handles his drug dealing business. This could end very badly for her. We thought she learned her lesson when Noah nearly died because of her and the drugs. However, it seems that once Noah discovers what she’s doing, there won’t be anything to stop him from telling Charity Dingle (Emma Atkins) what she is up to.

What do you think of this upcoming storyline? How can Sarah be so easily manipulated by Danny? What is his ultimate goal and will Noah tell the whole truth eventually? Fans will have to keep watching to get the answers to these questions.