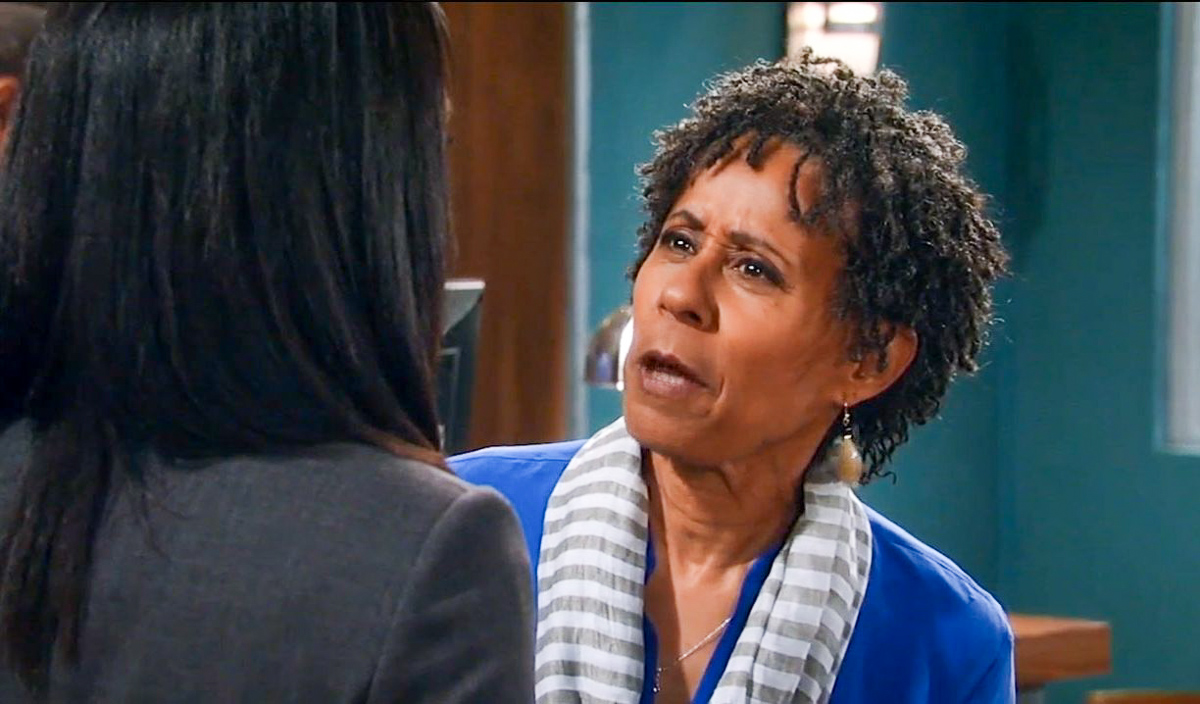 General Hospital’s Stella Henry (Vernee Watson) seemed like a deer in headlights when Curtis Ashford (Donnell Turner) mentioned visiting her in London. Something is clearly up with Stella and her sudden need to spend time with this newfound cousin.

General Hospital Spoilers – Does Stella Henry Have A Man In London

General Hospital’s Stella appears to be very happy staying in London and away from her family. So what could be keeping Stella in London? Stella found Marcus Godfrey (Nigel Gibbs) after a lifetime apart to discover him married and his wife has Alzheimer’s. Marcus is a frequent visitor at Turning Woods where his wife believes she is married to another man. However, although Stella and Marcus have reconnected as friends, there has been nothing romantic between them. Has Stella met someone in London that she isn’t ready to tell her family about just yet? Has Stella decided it is time to move on with her life after all this time?

General Hospital’s Stella has always taken care of others. However, none of Stella’s family in Port Charles seem to need her to take care of them. Stella has a tendency to speak her mind about the relationships of her loved ones and she may feel like she is interfering with her family’s love lives. Curtis married Jordan Ashford (Briana Nicole Henry) and Stella had very mixed feelings about that. Eventually, Stella accepted Jordan and Curtis’ marriage but that doesn’t mean she wants to be faced with it every day. Stella has blamed Jordan for Curtis’ brother’s death for years and could be hiding the fact that she hasn’t gotten past that after all. Now T.J. Ashford (Tajh Bellows) is planning to propose to Molly Lansing-Davis (Haley Pullos). Stella has her concerns about their marriage and prejudices against them as a couple and may not want to see that happen. Stella had the choice to stay in Port Charles and help her family but chose not to.

It is possible that General Hospital’s Stella is staying in London to help her cousin. Stella is a health care working and is used to helping people. Stella’s cousin could be ill and need someone with her. Could Stella be taking care of her cousin and not want the family to know what is going on with her? Will Stella ever return to Port Charles?