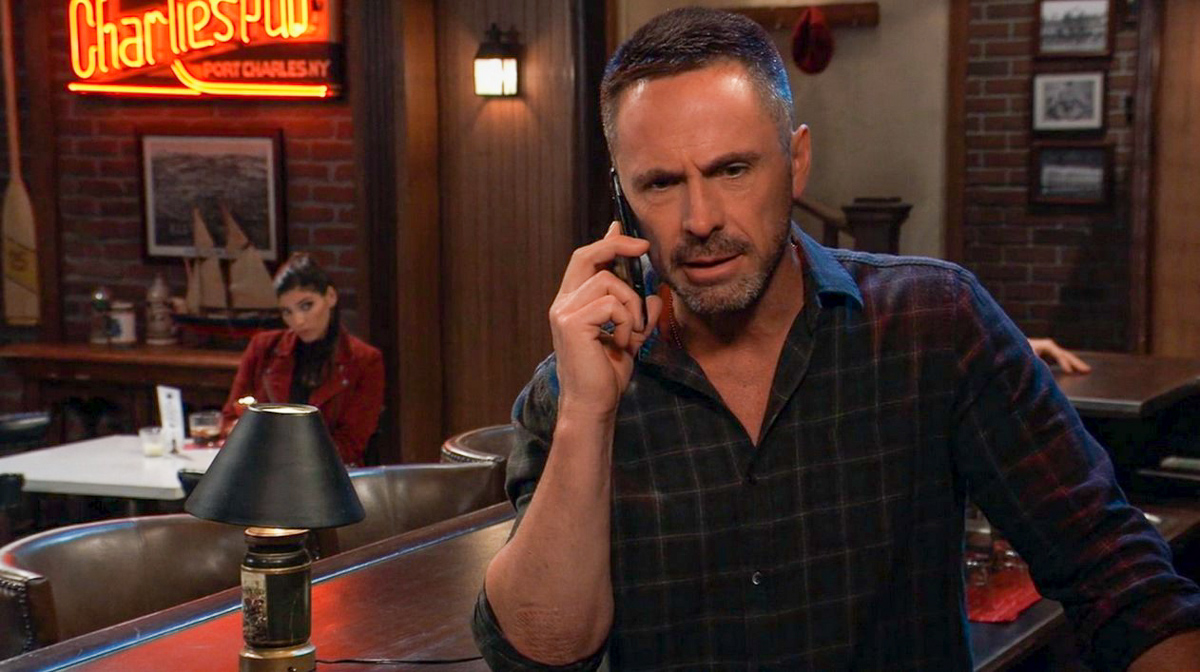 Julian has known that Wiley is really Jonah for a few months now, which is why he tampered with the braking system of Brad Cooper’s (Parry Shen) car in desperation, trying to eliminate Brad so he could eliminate the possibility of Brad’s throwing him under the bus and Sonny finding out. As a result, his son Lucas Jones (Ryan Carnes) is in a coma and may never regain consciousness. This really shook Brad up and he is even more scared of losing Wiley so he probably won’t tell anyone Julian knows Wiley’s true identity. But now Julian has another problem – he’s afraid because of Sonny’s confrontation.

Sonny had a guy following Carly Corinthos (Laura Wright) because of his suspicions of her, and his guy saw and overheard Julian and Brad’s conversation on the pier about Michael Corinthos, (Chad Duell) Nelle Benson, (Chloe Lanier) and Wiley, and confronted Julian about how they were connected. Julian managed to come up with a story that Sonny seemed to buy for the time being, but how long before he figures it out? Besides, there’s the wild card of Nelle – and Liesl Obrecht (Kathleen Gati)! Brad wanted Julian to eliminate Liesl a while back and Julian knows that Liesl knows because she delivered Jonah and has reminded Brad of that on a few occasions! Nelle is not apt to tell Sonny or Michael, who of course would tell Carly and Sonny, but Liesl might be another story!

Julian might wonder if he should have tampered with Liesl’s braking system when Brad tried to get him to put a hit out on her several months ago and gone through with it instead of backing out of it at the time, that would be one less big mouth he’d have to worry about now! But then if he had done that, it was a good possibility that perhaps he would be dealing with Valentin Cassadine (James Patrick Stuart) instead of Sonny, and there’s not really much difference in the danger factor between the two; one is as bad as the other!

Julian cut ties with the mob long ago, and doesn’t have a Carlos Rivera (Jeffrey Vincent Parise) to do his dirty work anymore, and neither does Ava Jerome (Maura West)! Julian will remain on edge and wonder when Sonny might send someone after him to eliminate him because of what he knows about Wiley once Sonny finds out, because Sonny is fed up with people keeping secrets from him already, and he might just take care of Brad and Julian at the same time, if no one can talk him out of it!