The Bold and the Beautiful Spoilers: Ridge Sees Change In Thomas – But Is It A Positive One? 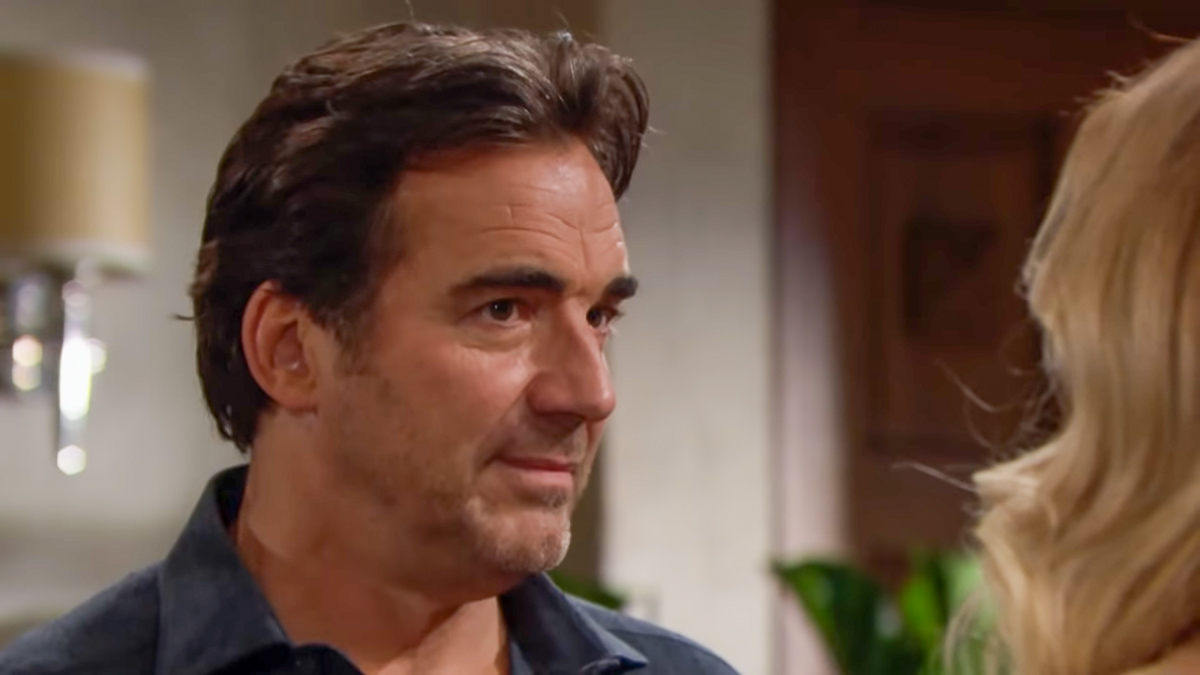 Ridge Forrester (Thorsten Kaye) keeps telling Brooke Logan (Katherine Kelly Lang) that his son is getting better on ‘The Bold and the Beautiful’. She suspects otherwise, as does Liam Spencer (Scott Clifton). Most importantly, the viewers know better.

Repeated shots of Thomas leering at Hope Logan (Annika Noelle) while she’s talking haven’t yet resulted in her noticing the strength of his glare. That does seem a bit preposterous, considering Hope’s heightened awareness of Thomas in all other instances. But it forwards the storyline that Atkinson’s character hasn’t gained any sense of stability since he went hard off the rails last year.

Sometimes B&B characters can be overly skeptical due to personal bias. But that is absolutely not the case where Brooke and Liam’s assessments are concerned.

Liam knew that Thomas was aiming for Hope and eventually had to rescue her on the rooftop helipad in one of the most dramatic and visually stunning B&B scenes in recent years.

Steffy cares about Thomas. She wants to believe that her brother is progressing, which explains her analysis of the convenient interest that Thomas happens to have developed in Zoe Buckingham (Kiara Barnes).

Like Ridge, Steffy is trying to interpret Thomas’ actions and words as hopeful. Their views are one hundred and eighty degrees opposite of Brooke and Liam’s because of Hope.

Noelle’s character is Hope’s daughter and Liam’s love. Hope is someone who Ridge and Steffy feel is a negative influence on Thomas. Thus the divide and difference of opinion.

Bold And The Beautiful Spoilers – Thomas Forrester’s Gamble Is Risky

Thomas actually might not be as arrogant as he once was. While he is most everything Brooke and Liam believe him to be, Thomas has also acknowledged some of his faults and evidenced guilt. While he has demonstrated that he cares about his son, Thomas doesn’t know how to be a father, which is something he told Ridge.

While not reforming, Thomas has lowered his intensity level, telling Vincent Walker (Joe Lo Cicero) that his approach toward Hope hadn’t worked. That could be argued as recalculating manipulation, by minds like Brooke and Liam, or as the start of self-control, which is how Thomas’ father and sister would choose to interpret his actions.

The gamble is believing that the feigned overture with Zoe will create feelings of jealously in Hope. Vinny feared his childhood friend was setting himself up for another fall when learning of the strategy change late last year. Whether that happens and proves to be off another cliff, into a vat, or is purely figurative will soon be seen by B&B fans.