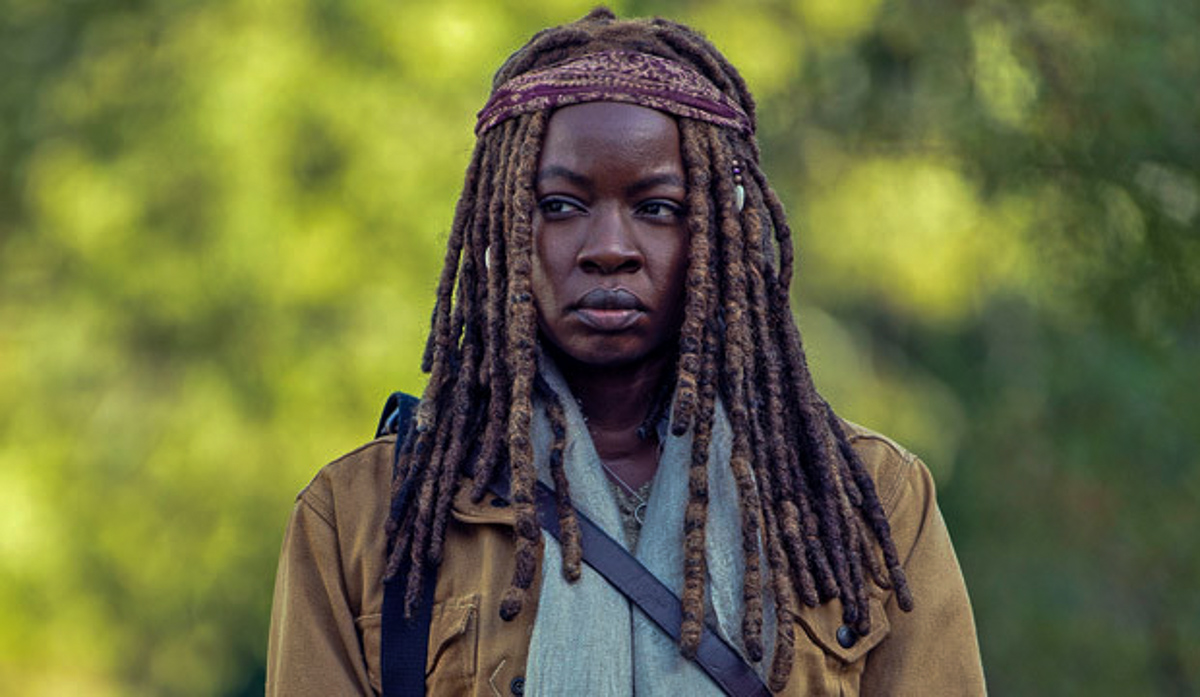 The Walking Dead Season 10 teased a new image that gave fans a glimpse at Michonne’s final season. The midseason premiere shows the iconic character enjoying her last moments in the zombie drama series on AMC. The Walking Dead returns to the network in February with some major changes.

The Whisperer War is coming to an end, as well as Danai Gurira’s time as Michonne. It’s incredible to think that The Walking Dead has been on the network for 10 years.

Season 10 Could Be Machonne’s Final Season

Most characters have come and go over the years. While there have been many favorites, none of them have been as popular as Michonne, especially when it comes to female heroines. Michonne made her debut in Season 2 and was prominent in the Governor storyline. She’s a fierce woman who knows how to use her Katana. But she’s also a caring human being. In Season 6, she fell in love with Rick Grimes. After his death, Michonne resumed took over his leadership role in Alexandria. But that’s all coming to an end.

In Season 10, tensions have increased between The Whisperers and the communities. The previous episode showed Michonne traveling to an island naval base with Virgil. If what he’s seeing is true, then they will come find the weapons that are stored there. Fans will also get a glimpse as to how Michonne is doing overseas. AMC teased a new photo from The Walking Dead’s midseason premiere via TVLine, which shows Virgil and Michonne.

Negan Has Joined The Whisperers

Aside from Michonne’s ongoing quest, there are other things happening. Negan has since joined the Whisperers. He even bowed down to Alpha. If the series follows the comic book, then fans will enjoy seeing this story play out. It’ll be interesting to see how all of this will play out in the coming episodes.

Fans of The Walking Dead feel that this season is the strongest that it’s ever been in years. Season 10 should be a good one. What are your thoughts on Michonne’s final moments? Sound off below in the comments section. The Walking Dead will return on Feb. 23 on