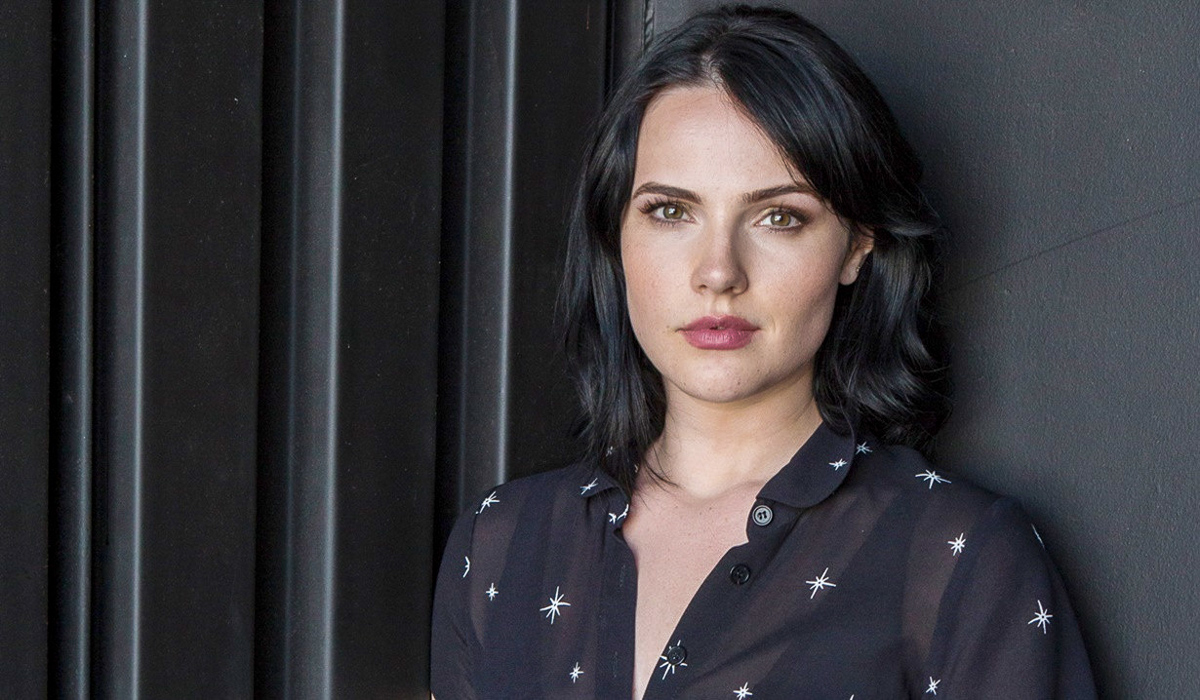 Cait Fairbanks, also known as Tessa Porter on “The Young and the Restless,” released a new song called “If You Are Not Busy” on December 30, 2019, under the moniker, Ginesse.

“If You Are Not Busy” is her fourth single released under the guise of Ginesse. The first one was “Bedford” back in 2018, followed by “Noise” and “The Inbetween,” both in 2019.

But the actress has been releasing songs since 2016 under her name Cait Fairbanks. In 2016, she released a single called “Digging My Own Grave,” and then followed by “Fight or Flight,” “With Me,” and “Joy to the World” in 2017. In 2018, she released “How Could a Lie Feel So True” and “When I See You.” In 2019, she released an unplugged single titled “Umbrella” and then “Love Me” and “Something in You.”

Young & The Restless Spoilers For January 3: What’s Tessa Up To?

Back at Crimson Lights, Mariah Copeland (Camryn Grimes) will be surprised once she sees Tessa Porter (Cait Fairbanks) sipping coffee on the patio. She notices that Tessa is nervous and offers to back her up during the meeting with Tanner Watts (Chase Coleman). But Tessa will decline and say that she’ll be alright.

After Tessa leaves, Faith Newman (Alyvia Alyn Lind) appears and will get a hint as to what their meeting was all about. She’ll ask Mariah but the latter will keep a tight lid on it for the meantime.

Meanwhile, Sharon Newman (Sharon Case) will be distracted when Rey Rosales (Jordi Vilasuso) starts to talk about Faith, who’ll come over soon to say goodbye as she heads back to boarding school.

Before she leaves, Faith will make Mariah promise to update her about Tessa. Then, Nick Newman (Joshua Morrow) will arrive with Summer Newman (Hunter King), who will have a private talk with Faith. On the other hand, Sharon will become distracted again when Rey reminds her about their dinner with Lola Abbott (Sasha Calle).

Once Rey leaves, Nick will update Sharon about his breakup with Chelsea Lawson (Melissa Claire Egan). Sharon will ask him if Chelsea has gone back with Adam Newman (Mark Grossman), to which Nick replies that he’s trying to stay out of all the drama.

After Faith’s exit, Sharon will make a doctor’s appointment after finding out that she’s got a lump on her breast. So, when this happens, it’s going to be the start of her cancer storyline.

The Young and the Restless Spoilers: Billy's Link To Amanda Exposed – Villy In Danger Of Dissolving? @celebratesoaps #yr #youngandrestlesshttps://t.co/bVv2xxuby9

Back at Society, Maria will be seen talking to Devon Devon Hamilton (Bryton James) about Tessa’s meeting with Tanner. She has a feeling that it’s the big break that Tessa’s been waiting for. They’ll also talk about Tanner’s career and how Tessa believed in him when he was still starting out.

Tanner will ask Tessa to go on the road with him as he’s running short of an opening act. Tessa will have second thoughts but Tanner will make it clear that it has nothing to do with their past and convince her to accept his offer.

Keep watching Y&R to find out what happens next on the CBS soap opera. Don’t forget to come back later for more The Young and the Restless (Y&R) spoilers, news, and casting updates!