Days of Our Lives Spoilers: What Secret is Evan Hiding? 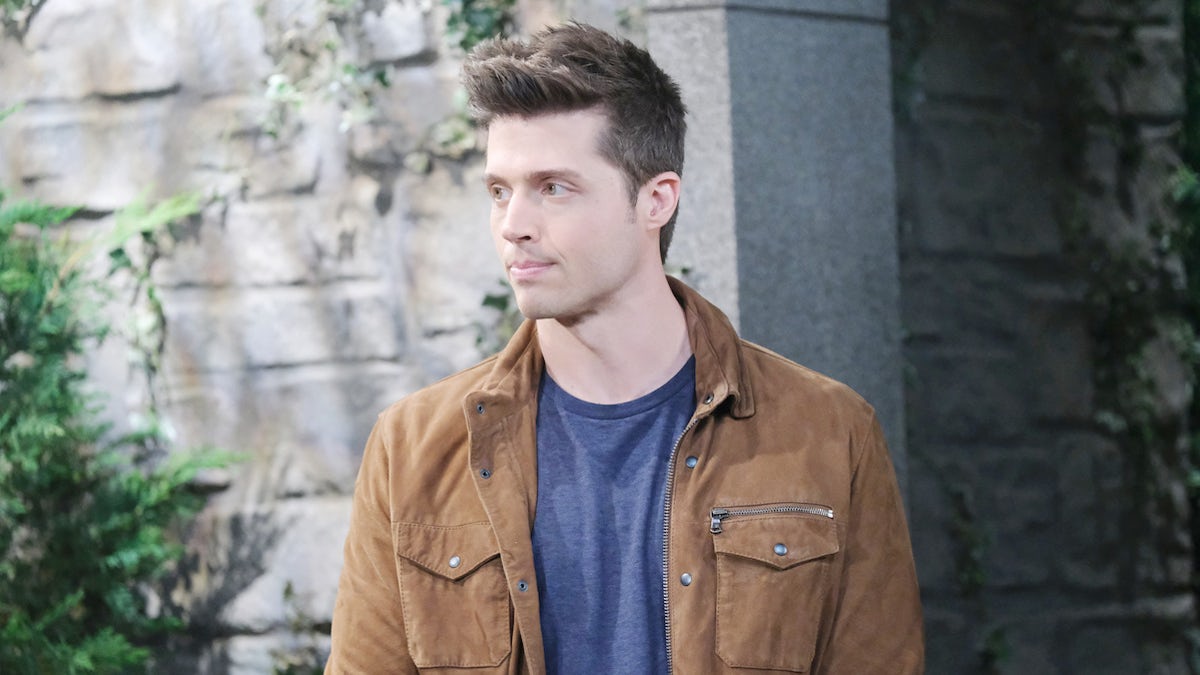 Days of Our Lives spoilers reveal Evan Frears (Brock Kelly) is hiding something. Not only does he have a vague past but he seems a little too eager to get close to Sonny Kiriakis (Freddie Smith). Plus, it is teased that Kate Roberts (Lauren Koslow) will give Sonny a warning about Evan. He also snoops into Rafe Hernandez’s (Galen Gering) police paperwork. What has he done?

Days of Our Lives Spoilers – Jordan Ridgeway’s Ex-Boyfriend and Killer?

DOOL spoilers suggest that there is a reason Evan came all the way to Salem to look after Jordan Ridgeway’s (formerly Chrishell Hartley) son. Perhaps he is the biological father and was angry with her for taking his little boy away. Could he have been Jordan’s real killer and became a nanny to get close to his little boy?

People have a hard time believing that Will Horton (Chandler Massey) would do anything to hurt his mother-in-law. However, he is serving time in prison for Adrienne Kiriakis’ (formerly Judi Evans) death. Is it possible that Evan might have held some sort of grudge against Adrienne and killed her? Perhaps he didn’t kill Adrienne, but her lookalike Bonnie Lockhart? So many possibilities with this scenario. It also might explain why he pushes so hard to get close to Sonny.

Days of Our Lives Spoilers – One of Clyde Weston’s Goons?

Days of Our Lives spoilers indicate that he might just be another one of Clyde Weston’s (James Read) associates. But what would be his mission, what does it have to do with Rafe and what is the point of him being interested in Sonny?

Days of Our Lives Spoilers: Shawn Is Back As Rafe Calls In Reinforcements – Is This The End For Princess Gina? https://t.co/t16d7cxI8f pic.twitter.com/HKwU5GpBzk

There is a fan theory that Victor Kiriakis (John Aniston) might be using Evan to get back at Kate. Now, it wouldn’t be directed at Kate directly because it is Will that is getting hurt. However, part of Victor’s personality is that he combines pain with love. Meaning that he hurts Ciara Brady (Victoria Konefal) by taking away Ben because he wants better for her.

Could he be doing that with Sonny as well? Perhaps it is all connected to Will’s prison sentence. Fans will just have to keep watching to find out if any of these theories turn out to be true.