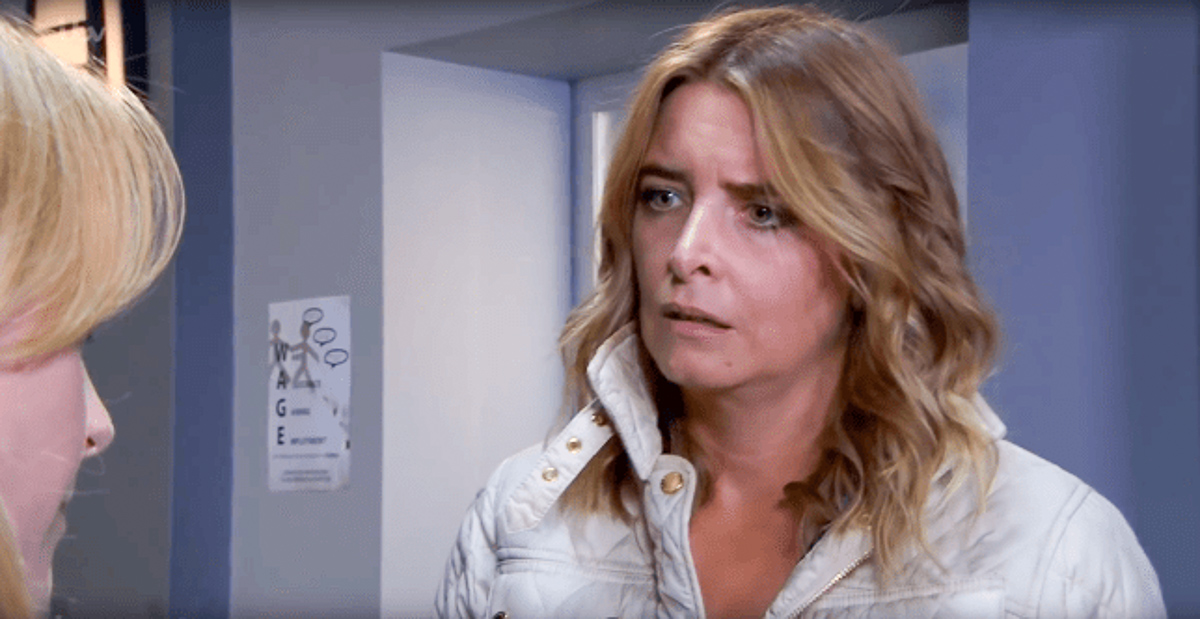 Emmerdale spoilers reveal Charity Dingle (Emma Atkins) ends up clashing with Graham Foster (Andrew Scarborough) in a major way. Will Noah Dingle (Jack Downham) keep Sarah Sugden’s (Katie Hill) secret or will be ultimately confessing what really happened on that cold evening that nearly ended his life? The truth will eventually have to come out because Charity will end up becoming a prime suspect.

Fans have already seen Charity’s reaction when Graham admitted to seeing Noah the night before. He told her about the pills and what he had done. He meant well when speaking to Charity, but they have a long history so naturally, she didn’t respond with gratitude. Instead, it turned into a big blame game and things are about to get worse.

Emmerdale spoilers reveal things got worse when Charity finds out that Graham took Noah to the hospital the day before. All kinds of scenarios and situations are going through her mind. She wants someone to pay for Noah’s pain and right now, her target is Graham.

What Charity does not realize is that Noah is covering for Sarah. The drugs are because of her and she even offered to pay Noah to keep quiet. While he hasn’t spoken the whole truth yet, will he when Sarah does Danny Harrington (Louis Healy) a “favor” and begins dealing drugs for him?

It was previously teased that while Charity’s rage would begin as drugs, it won’t end up falling in that same category. It quickly turns into something else entirely. The soap opera is going to use a lot of old history and bring it up once again. However, this will lead to her being one of the top suspects when Graham is found dead.

Emmerdale spoilers indicate that there is going to be a huge list of potential murder suspects. There is Kim Tate (Claire King) and her family, just for starters. There are probably even a few suspects that we haven’t considered yet.

As for Charity, she is just one of them, but will she really resort to murder? Is her rage that intense? What do you think about this storyline and what is your best theory on who kills Graham? Fans will have to keep watching the British soap opera to see how this storyline turns out.