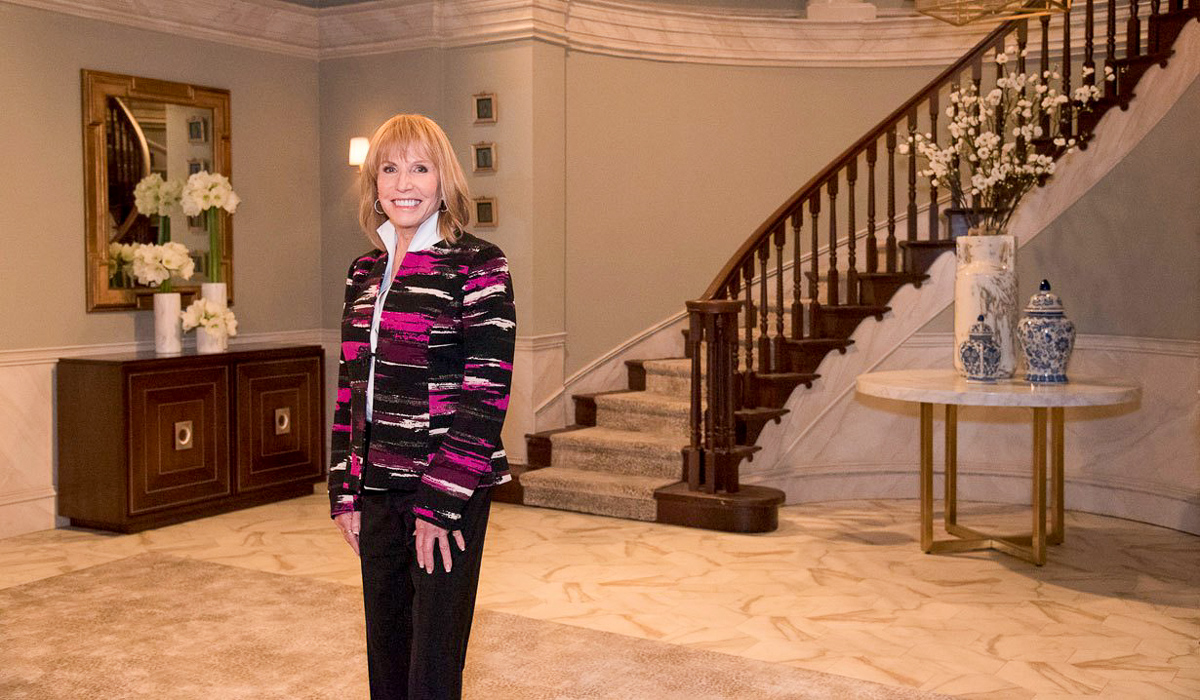 With the recent changes to the Quartermaine mansion, some fans are in an uproar. It seems that everything Quartmaine about the mansion has been erased and it doesn’t belong to the Qs anymore. Fans don’t give a damn that Alan Quartermaine (Stuart Damon) gave the house to Monica Quartermaine (Leslie Charleston), that’s no reason to erase the Quartermaine’s from their own house.

The staircase in the General Hospital Quartermaine mansion has loads of history and yet it completely changed due to this renovation. Carly fell down that staircase and lost her and Sonny’s child years ago. That is the staircase that Jason Morgan (Steve Burton) and A.J. Quartermaine (Sean Kanan) fell from after A.J. kidnapped Michael and tried to brainwash him.

That is the staircase that everyone walked up to say their goodbyes to Edward Quartermaine (John Ingle) in 2012. That staircase has been a part of the Quartermaine family for decades. Why do we have to modernize the house to the point of it being unrecognizable? Why are we erasing Quartermaine’s legacy?

GH Spoilers – Where Are The Photos?

Lila was very proud of her family and had plenty of photos to prove that. Exactly what is the point in erasing all things Quartermaine? Who are we renovating this house for? Why does this part of history need to be changed? Why not simply change the furniture or paint the rooms? Why does everything need to be changed until the place is not recognizable?

General Hospital Spoilers – Why Is ELQ Still Being Messed With?

Since 2012 General Hospital’s Quartermaine business has been jerked around as well. Not only has the mansion been out of the Quartermaine’s control. Look at Nikolas Cassadine (Marcus Coloma) taking over ELQ years ago.

Now Shiloh Archer (Coby Ryan McLaughlin) has a hold on ELQ because of a minor who willed stock to him. Any good lawyer could get this reversed in no time. Hello, it is illegal for a minor to enter into any such transaction. Instead of Quartermaines fighting Quartermaines for control, we now have outside forces with illegal access.

General Hospital is coming completely unrecognizable to some long-time fans who are threatening to bail on the show. Loads of twitter fans continue daily to threaten to stop watching because GH is not what it used to be. It’s not that fans don’t want change but subtle changes are fine, let’s take it easy on the overhauls because soap fans are a funny lot and we want our history kept intact.

If General Hospital fans wanted a different soap, we would watch a different soap. GH fans want GH with our characters written true to themselves and our history left just the way it was originally written.