The Bold and the Beautiful Spoilers: Scott Clifton Reveals Why Liam Waited to Propose, Only Offers Hope Marriage Because of Thomas 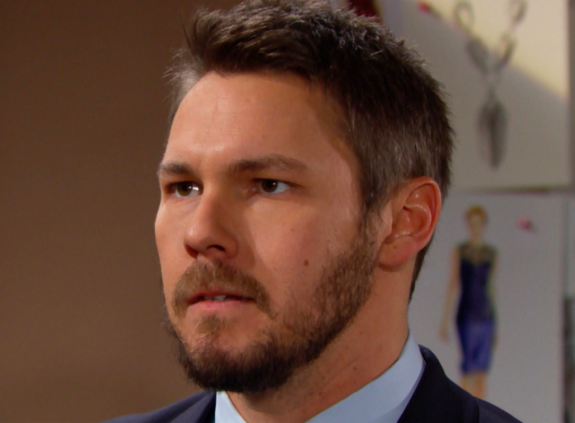 The Bold and the Beautiful spoilers reveal Liam Spencer (Scott Clifton) proposes to Hope Logan (Annika Noelle). During a recent interview, the actor explains why Liam waited so long. Plus, it seems like he is only doing it because Thomas Forrester (Matthew Atkinson) called him out on the situation.

B&B spoilers indicate that Thomas confronts Liam over not having proposed marriage to Hope yet. Even though it really is none of his business, Thomas uses the situation to get under Liam’s skin. It turns out that it works and not only that, Liam finally does pop the question.

Thomas isn’t the only one who is wondering why Liam hasn’t gotten down on one knee. Not too long ago, Brooke Logan Forrester (Katherine Kelly Lang) asked Hope if there were any plans for marriage. Hope brushed it off and said they were happy with things for the moment. However, fans could tell from Hope’s eyes that she did wonder why she didn’t have a ring on her finger yet.

The Bold and the Beautiful spoilers reveal that Liam has a good reason for not having proposed yet. In the latest issue of Soap Opera Digest, actor Scott Clifton explained his character’s mindset,

The Bold and the Beautiful Spoilers: Brooke Allowed Shauna In By Not Compromising – Problems Not All Ridge's Fault @celebratesoaps #BB #boldandbeautifulhttps://t.co/l9j9O8kaC9

“For once, Liam is not trying to get married at the earliest opportunity. He knows he has his priorities straight. He’s been trying to deal with one thing at a time and the first thing is Thomas. The reason he hasn’t tried to marry Hope is that he wants to ensure that Thomas is not going to be a continuing influence in their relationship, and so far, there has been no light at the end of that tunnel.”

The Bold and the Beautiful Spoilers: Conditional Proposal

This explains why Liam went ahead and got down on one knee, but put a strict condition on the proposal. In his mind, Thomas remains a primary influence in Hope’s life through the joint custody agreement. It makes the villain have continued control over Hope by using a child. However, Hope might not see it that way, especially after Thomas’ next plan makes Hope’s worst fears come true.

The Bold and the Beautiful (B&B) Spoilers: Steffy & Finn Get Family…