The Young and the Restless Spoilers: Adam And Chelsea Unite – Nick Already Predicting Their Dramatic Break Up 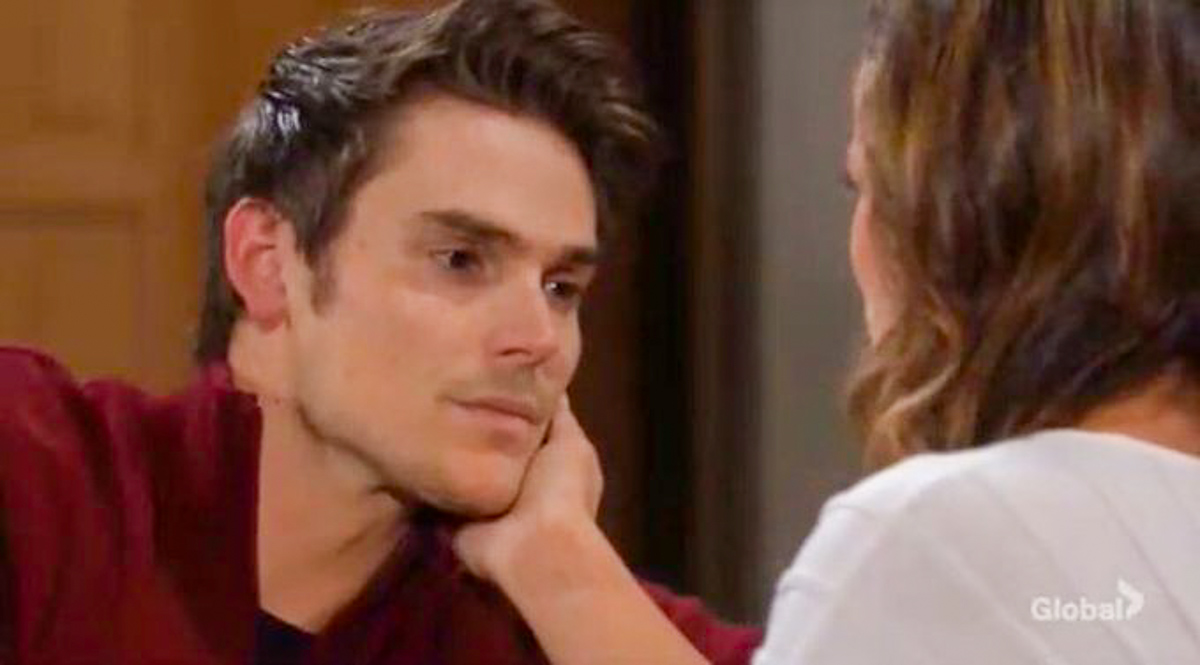 The Young and The Restless spoilers tease that Chelsea Lawson (Melissa Claire Egan) and Adam Newman (Mark Grossman) are giving it another try on this week’s The Young And The Restless!

Nick Newman (Joshua Morrow) sits having some coffee and chats with Devon Hamilton (Bryton James) at a table at Society. Nick tells Devon that it turns out he’s single again. Viewers of The Young and The Restless will recall that he broke up with Chelsea on New Year’s Eve, at the Abbott-Newman New Year’s Eve party. He realized that she belonged with Adam. Suddenly Phyllis Summers (Michelle Stafford) appears out of nowhere, and interrupts Nick and Devon’s conversation, asking Nick, “Chelsea dumped you?!”

Meanwhile, at The Grand Phoenix, Chelsea tells her best friend Chloe Mitchell (Elizabeth Hendrickson) about recent relationship events as she says “Adam and I are going to give it another shot – I can’t deny the feelings I have for him!” Chloe is a bit taken aback, and warns Chelsea that Adam is a psychopath as a scene of Chelsea and Adam making love flashes across the screen and probably across Chelsea’s mind.

Longtime viewers of The Young and The Restless will recall that Chloe and Chelsea have been friends and known each other for a long time, when Chelsea and Adam were together before – it was Chloe and Billy Abbott’s (Jason Thompson) daughter Delia Abbott (Sophie Pollono) whose corneas were donated so that baby Connor Newman (Judah Mackey) could see. That’s why Chelsea talks to him about “magic eyes”.

At the Newman ranch, Victor Newman (Eric Braeden) talks to his son, asking him, “You’re not going to break any rules, are you?” Adam interrupts his father, saying he will break every rule in the book if that’s what it takes! Presumably, they are talking about Adam and Chelsea reconciling and giving their relationship another try. Adam was right about Chelsea being afraid of her own feelings for him though, as the next scene shows a tearful Chelsea telling Adam he has to swear to her that she will never lose him again!

Their marriage had been interrupted when Adam went over a cliff in a car wreck, disappeared for several years and was presumed dead; until Victor found him in Las Vegas with amnesia and brought him back home to Genoa City.

Back at Society, Nick is still talking about Chelsea going back to Adam, and says it’s probably not going to end well. He’s probably right – she went from Calvin Boudreau ( John Burke) to Nick and then straight from Nick to Adam, and rebound relationships usually don’t work out because the rebounders have way too much emotional baggage they are carrying around inside and it affects their new relationships negatively!