Days of Our Lives Spoilers: Galen Gering Opens Up About Rafe – Still Clueless About Princess Gina! 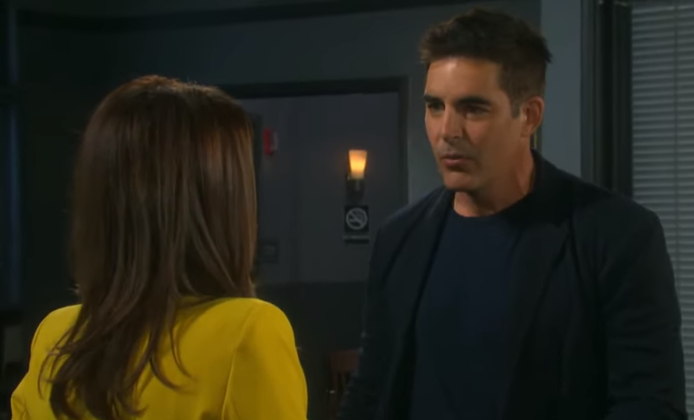 Days of Our Lives spoilers reveal Rafe Hernandez (Galen Gering) knows Hope Brady (Kristian Alfonso) is not herself. However, he will need more than his suspicions to prove it. This has led him to take detailed notes, just as if it were a crime investigation. Plus, the actor talks about Rafe suspecting something, but not realizing that he isn’t dealing with the real Hope, but Princess Gina.

DOOL spoilers confirm that Rafe was asking too many questions and getting too close to finding out several truth bombs. It’s not just about Princess Gina pretending to be Hope. It’s about the Stefano DiMera (Stephen Nichols) connection, Jennifer Horton’s (Melissa Reeves) attempted murder, deleting DNA from the computer system and tainting evidence.

It is revealed that Rafe is keeping details about Hope’s actions. Not really on a personal level, although that concerns him too. He is building a case that could get her fired. He will not just get Shawn Brady’s (Brandon Beemer) help but confides to Roman Brady (Josh Taylor) about it.

However, now that he is fired, she will probably claim that he is lying or just wants revenge for the job termination. But that is exactly why he keeps detailed notes with dates and times. They might be able to backtrack some of the information through computer records, phone logs and even video depending on where she is at.

Days of Our Lives spoilers tease that Rafe doesn’t know anything about the legend of Princess Gina. Due to him never having dealt with the character, he has no clue that Hope has been transformed. Galen Gering talked about Rafe’s suspicions and the Gina connection, “He’s been suspicious since day one and things aren’t really adding up. But it’s another thing to think that she could be Princess Gina.”

It seems that with Abigail DiMera’s (Kate Mansi) snooping, Eve Donovan (Kassie DePaiva) being released, Rafe’s details logs, John Black’s (Drake Hogestyn) questions and everything else, we are getting close to a major reveal. However, what will Salem do when they try to comprehend how they didn’t notice Hope was literally not herself for more than a year?