Days of Our Lives Spoilers: Mary Beth Evans on Steve’s Cruelty to Kayla, ‘This is Why Women Run Over Their Husbands’ 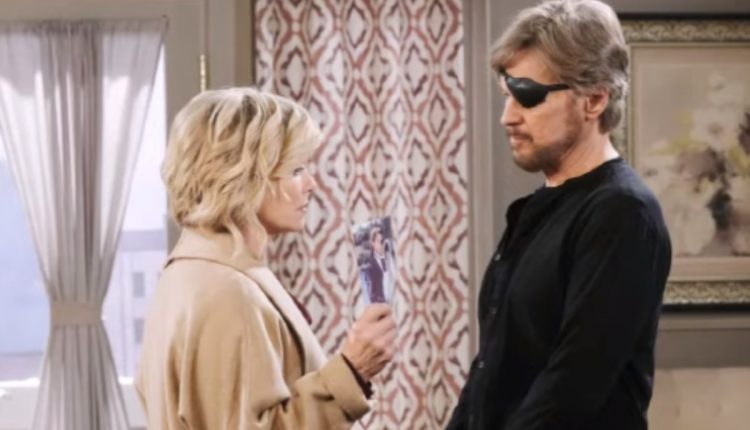 Days of Our Lives spoilers reveal Dr. Kayla Brady (Mary Beth Evans) is devastated to find out that Steve “Patch” Johnson aka the new Stefano DiMera (Stephen Nichols) is interested in someone else. He won’t tell her who, though. During an interview, the actress explained that Steve’s cruelty is why women run over their husbands in parking lots.

DOOL spoilers confirm that Kayla angrily confronts her ex-husband not realizing that Steve thinks he is Stefano. She wants to know why he stopped contacting her and why he signed the divorce papers. He tries to say that she moved on with Justin Kiriakis (Wally Kurth) and he thought that’s what she wanted. Kayla continues to push Steve for answers.

That is when Kayla is told something that absolutely devastates her. Steve admits that he didn’t come back to town for her, but for another woman. It basically rubs salt in her wounds and it also has Justin wondering what his romantic future will be now that Steve is in Salem.

In the latest issue of Soap Opera Digest, Evans explains that she loves Justin, but Steve was the love of her life. She was also with the man for more than 30 years off and on. This is part of what makes it so painful was Stefano’s masquerade is doing to Kayla.

“She thought she knew him so well, and now all this has gone down… For him to say he didn’t come back for her and he has a girlfriend somewhere else? This is why women run over their husbands in parking lots.

The actress explained that even though she pushes Steve for the woman’s identity, he won’t say. Frustrated and emotional, she leaves. In her head and heart, there are all sorts of emotions. She just can’t believe after a lifetime of love that he just threw her away for some random woman. If she only knew the truth…