EastEnders News: Alum Cheryl Fergison Calls For Bosses To Bring Her Back 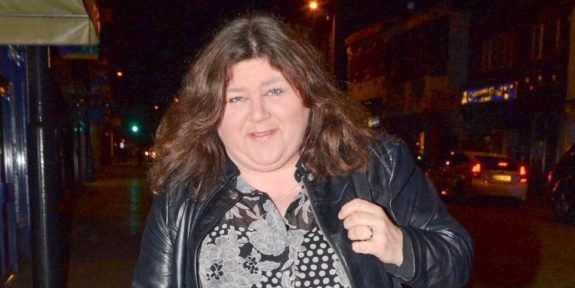 Cheryl Fergison, the former portrayer of Heather Trott on “EastEnders,” has called on the showrunners to bring her character back. The 54-year old actress suggested a long-lost twin storyline so they could bring her back to the Square again. Nothing’s impossible when it comes to the soapland. So, the actress’s request is still doable.

Viewers may recall that Fergison played Heather or “Hev,” Shirley Carter’s best friend and George Michael superfan, from 2007 to 2012. She exited the show when Ben Mitchell murdered her by hitting her head with a photo frame while he was stealing her money.

In an Instagram post, the actress said, “Ok so I’ve had lots of people asking if I could go back to @bbceastenders as Hev’s long lost twin… so writers there’s a challenge and actually there is a storyline that could defo make that possible…”

“Remember Hev’s mum ( she was a wicked one) and aunt babes terrible past story of selling babies !! …if you would like to see this epic come back let @bbceastenders know …” she continued.

Fans React To Her Fergison’s Pitch

Fans were quick to comment on her challenge to the show bosses. One suggested she move to “Coronation Street” instead, while others expressed their excitement on the twin storyline.

Fergison’s character was created by Diederick Santer, the former executive producer of “EastEnders.” But before joining the soap in 2007, the actress had stints on “Measure for Measure” and “The Scoop.” For those who didn’t know, the actress also appeared on the “EastEnders,” not as Hev but as a friend of Mo Harris (Laila Morse) in 2005.

Days of Our Lives Spoilers: Brothers At War – Jack Rips Into Steve Over His Recent Behavior https://t.co/TQTeb61sxB pic.twitter.com/TcjiSJ0Zas

Her other notable appearances include “Little Britain,” “The IT Crowd,” “’Allo ‘Allo!,” “Little Miss Jocelyn,” “Bad Girls,” and “Casualty.” She also appeared on two episodes of “Doctor Who” and in a promotional video of Keane’s “Atlantic.” Since joining “EastEnders,” she also landed appeared on TV shows including “GMTV,” “The Paul O’Grady Show,” “This Morning,” and “Loose Women.”

In 2008, she was nominated for Best Comedy Performance and Best Onscreen Partnership Award at the British Soap Awards. During the same year, she won the Best Comedy Performance award at the Inside Soap Awards. After leaving “EastEnders,” she landed gigs on “Loose Women,” “Celebrity Big Brother 10,” “Your Face Sounds Familiar,” and “Big School.” In 2018, she joined the production of “Maggie May” at the Royal Court Theatre in Liverpool.