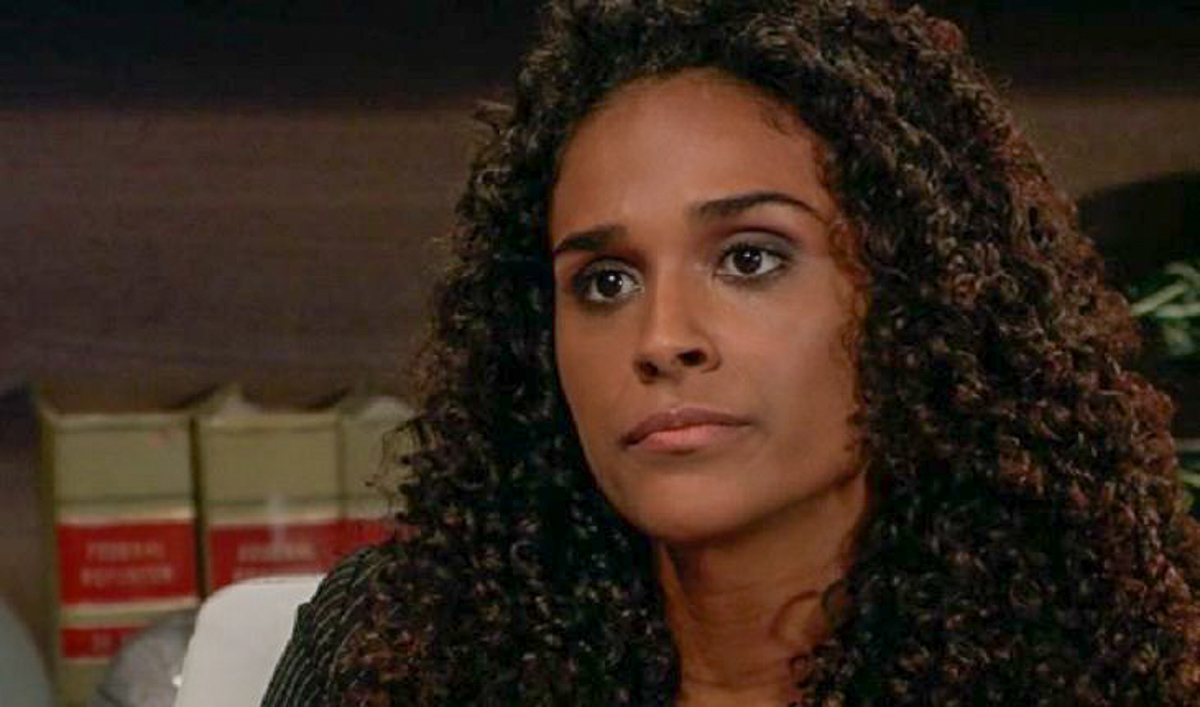 General Hospital spoilers tease that Jordan Ashford (Briana Nicole Henry) will be frustrated when she can’t get any leads regarding the suspected murder of her old friend in upcoming episodes of GH!

As General Hospital viewers will recall, Jordan recently got a call notifying her of the death of an old colleague. This will more likely be someone she worked with in the DEA, or Drug Enforcement Administration, since there is no one she has worked with in the Port Charles Police Department that would have recently passed away that has been revealed in the storyline, at least. It is implied in the storyline that she knew this recent decedent prior to working with the PCPD. She will become suspicious of the circumstances of his death and will launch an investigation of her own, with Curtis Ashford (Donnell Turner) also becoming involved in the investigation. However, she will become frustrated when they start investigating and can’t get any leads that will help her prove that he was murdered!

Not all police departments in different locations cooperate with each other in a case like this, because of jurisdictional concerns, especially if the death was not ruled a homicide; it may be difficult to get the case reopened and the original evidence from the crime scene may not have been kept, and possibly none was gathered at all, if it did not appear to be a homicide. Perhaps it was ruled a suicide because of a note found at the scene and this is why Jordan will be suspicious; because the person she knew, unless he has changed very greatly over the years, would have never taken his own life!

And if he was still in the DEA, it would be even more difficult. The DEA is a federal entity and Jordan would be considered a civilian and Curtis as even less than a civilian as a private investigator. In any case, whether it be the DEA or a police department in another location, if it was not investigated as a homicide to begin with whether it was ruled a suicide or an accident, there will not be much that can be found even by looking in CODIS or other databases shared by law enforcement agencies. CODIS stands for Combined DNA Index System, and if the death was not suspicious in the investigating agency’s estimation than no DNA would have been sought or uploaded into CODIS and no fingerprints would have been taken or uploaded into shared systems either.

Curtis and Jordan may have to travel to the scene of the suspected crime and go undercover to investigate it forensically themselves and collect evidence that the original investigators didn’t look for, if the scene has not already been compromised! The only problem with that is without a warrant, and breaking into a building, any evidence collected would be inadmissible in court. However, if it does turn out to be a home, a family member of the decedent may have questions as well and let them into the home to collect evidence to get the case reopened. General Hospital viewers will have to tune in and see!