Young And The Restless Spoilers: Chloe Disapproves Of Chelsea’s Decision to Get Back with Adam 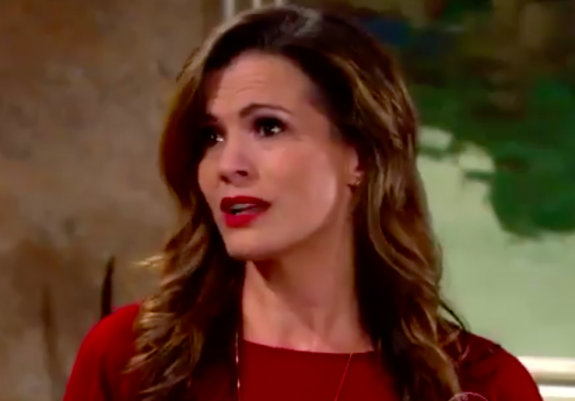 During the week of January 6, things will heat up on “The Young and the Restless.” Chloe Mitchell (Elizabeth Hendrickson) will be blunt and tell Chelsea Lawson (Melissa Claire Egan) that Adam Newman (Mark Grossman) is a sociopath. This confrontation will spark tension between the two ladies.

Viewers may recall that Nick Newman (Joshua Morrow) broke up with Chelsea before New Year’s Eve. He told Jack Abbott (Peter Bergman) how he felt about Chelsea. Concerned that she only chose him because he was a safer option, Nick broke up with Chelsea so she could be with Adam. It was a meaningful move since he’s now able to let go of Chelsea, which he tried to hold on to for the longest time.

The Young and The Restless Spoilers: Phyllis Tries To Distract Chance Away From Abby

As for Chelsea, she’ll let others know that she’s getting back with Adam, a move that Chloe definitely doesn’t agree with. She’ll react in ways Chelsea never expected. At this point, Chloe will insist that Chelsea is entering a relationship with a sociopath. The latter will take her opinion negatively and may even point out the deadly things that she’s done in the past.

Later on, she’ll make a huge decision. She’s ready to take things up a notch with Adam. Of course, the fear of losing him once again will make her reconsider her decision. But she’ll ask Adam to make her a promise.

She’ll make him swear that he’ll never leave her. Adam will assure her that it’ll be forever this time around. The pair will then share an intimate night forever.

The Young and the Restless Spoilers: Chelsea Proceeds With Caution – Will Adam Get It Right This Time? https://t.co/nIAZphqb3o pic.twitter.com/7mJZkstgj1

Elsewhere, Phyllis Summers (Michelle Stafford) will get some surprising news. Initially, she’ll get the wrong idea after overhearing Nick and Devon Hamilton’s (Bryton James) conversation. Nick will then admit that he’s single again.

Phyllis will assume that it was Chelsea who broke up with Nick but the latter will clarify that it was he who ended things between them. He’ll explain that he finally realized that it’s time for him to let Chelsea go, something that Phyllis will agree with. She’ll agree with Nick that it’s time for him to move on and that he’s better off without her.