Days of Our Lives Spoilers: Is Evan Jordan’s Baby Daddy? Shocking Revelation Ahead 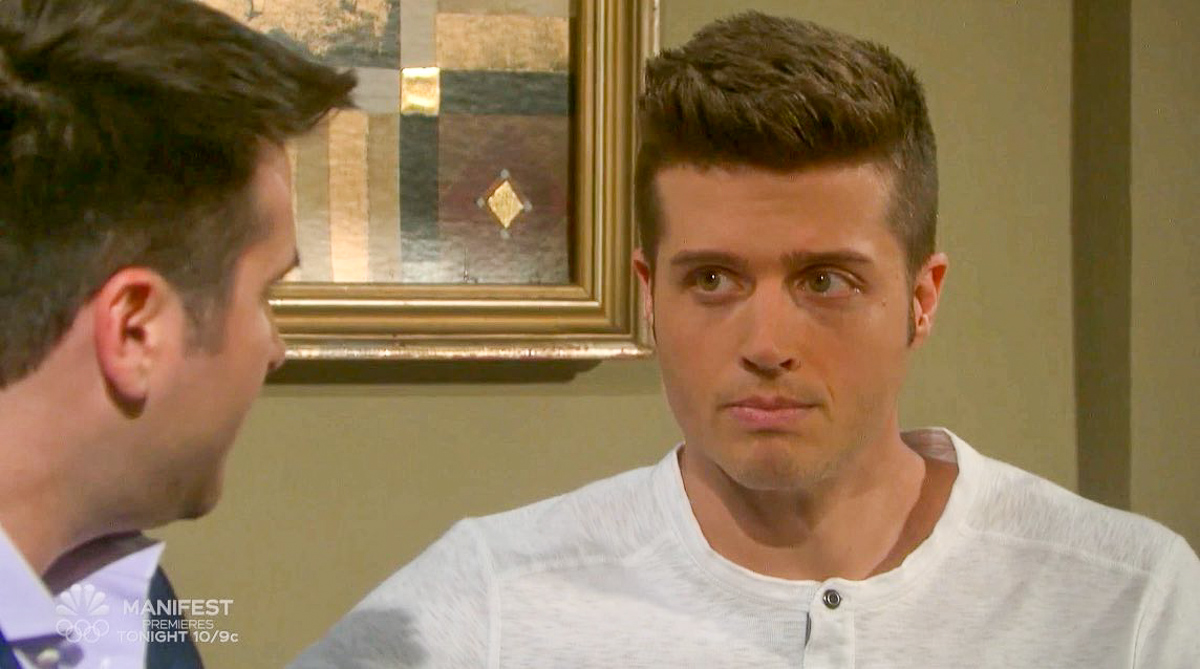 Days of Our Lives spoilers reveal fans have some interesting theories regarding Evan Frears (Brock Kelly). There is speculation that he could be bisexual and had a romance with Jordan Ridgeway (Chrishell Hartley). That relationship may have created her son, who Rafe Hernandez (Galen Gering) has custody of now. It would explain why he came to Salem to accept the nanny gig and why he is glad Jordan is dead.

Days of Our Lives Spoilers – The Mysterious Evan Frears

DOOL spoilers indicate that Evan is holding onto a lot of secrets. His past remains pretty vague. The only thing we really know about him is a relationship fizzled. That led him all the way to the small town of Salem in order to get a fresh start. Or at least, that is what he told Sonny Kiriakis (Freddie Smith).

It is teased that despite Sonny still being a married man, Evan has continued to pursue him. Perhaps it is because he is really interested. However, there are a lot of fans that think otherwise. Why is he so pushy when going after Sonny’s heart? Why does Kate Roberts (Lauren Koslow) warn Will Horton (Chandler Massey) about Sonny’s new man? There are a lot of unanswered questions.

Days of Our Lives Spoilers – Relocating to Be a Manly Nanny

Days of Our Lives spoilers reveal Evan said that he came all the way to Salem to take the nanny job that Rafe was hiring for. However, Salem is a small town and Evan went clear across the country to take the position. It’s just a tad strange, especially when he really doesn’t give any additional details.

Fans have their theories and a popular one is that Evan might be David’s biological father. It is speculated that he had a romance with Jordan, she ended up pregnant and took off with the baby. What if she was running from Evan? What if he wanted custody of David and she did something to prevent that, leading to him killing her?

Viewers recall Evan’s talk with Sonny about how it might be a blessing that Jordan is dead. Could this have been a major clue that Ben Weston (Robert Scott Wilson) didn’t kill her, but Evan might be responsible instead.