Days of Our Lives Spoilers: Kate Warns Will About Evan – What Secrets Does She Know? 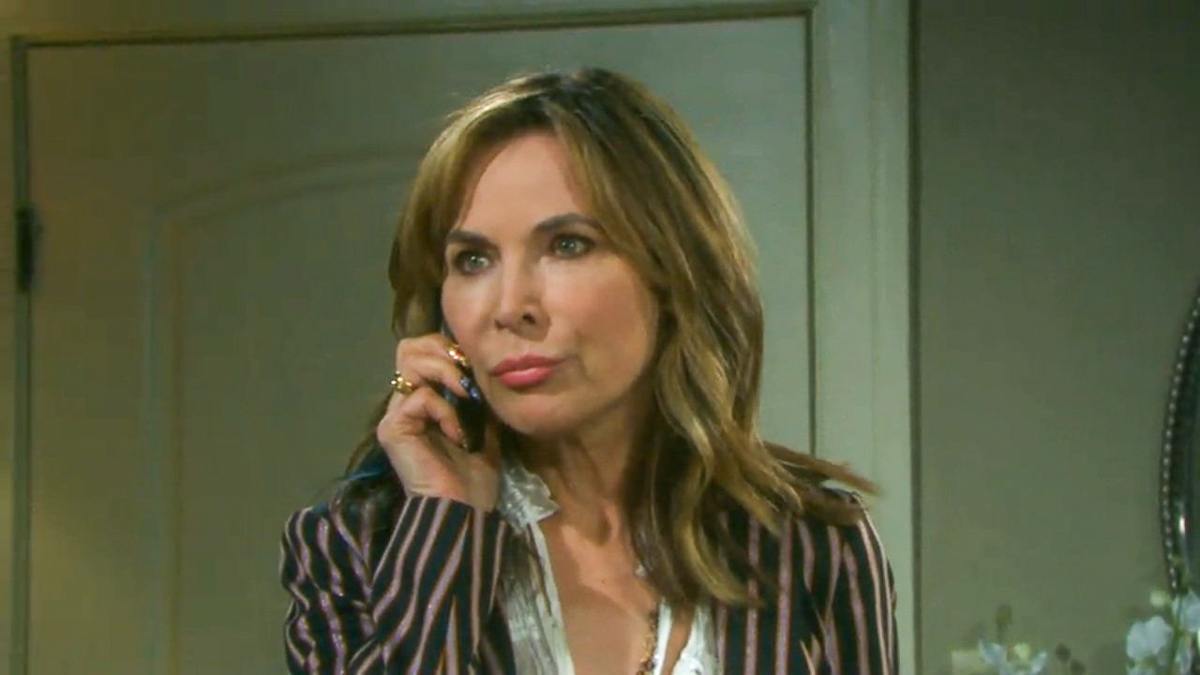 Days of Our Lives spoilers reveal Kate Roberts (Lauren Koslow) goes to the prison in order to alert Will Horton (Chandler Massey). She feels the urge to warn him about Evan Frears (Brock Kelly). We already know that Evan is trying to move in on Sonny Kiriakis (Freddie Smith). But what exactly is the warning? Is it more serious than fans realize?

DOOL spoilers indicate that there is more to Evans’ story than just being a nanny and potential love interest for Sonny. When he was asked what brought him to Salem, he was vague about it. Plus, there is a sneak peek photo of Evan prying into police paperwork that Rafe Hernandez (Galen Gering) is looking at. Now, Will could get a warning about the manly nanny.

As fans saw during a recent episode, Will is depressed and feels there is nothing he can do about his situation. In fact, he loves Sonny so much that he wants him to find love again and move on. This is why he asked him to stop visiting. It is also the reason why he granted Sonny a divorce after he found out he had kissed another man.

Days of Our Lives spoilers reveal that Sonny is conflicted over everything. He hates Will for killing his mother but still loves him at the same time. He has a connection to Evan but also is committed to his marriage. It’s just a really difficult situation and there doesn’t seem to be any easy answer. But things are about to get even more complex.

It is stated that in two weeks, Kate will visit Will in prison again. She just won’t tell him about Evan moving in on his man. She will give a warning about the nanny, but what exactly does she mean? Does she know there is something the young man is hiding? Fans will have to keep watching the NBC soap opera to find out.