Days Of Our Lives Spoilers: Should Hattie And Roman Start A Romance? 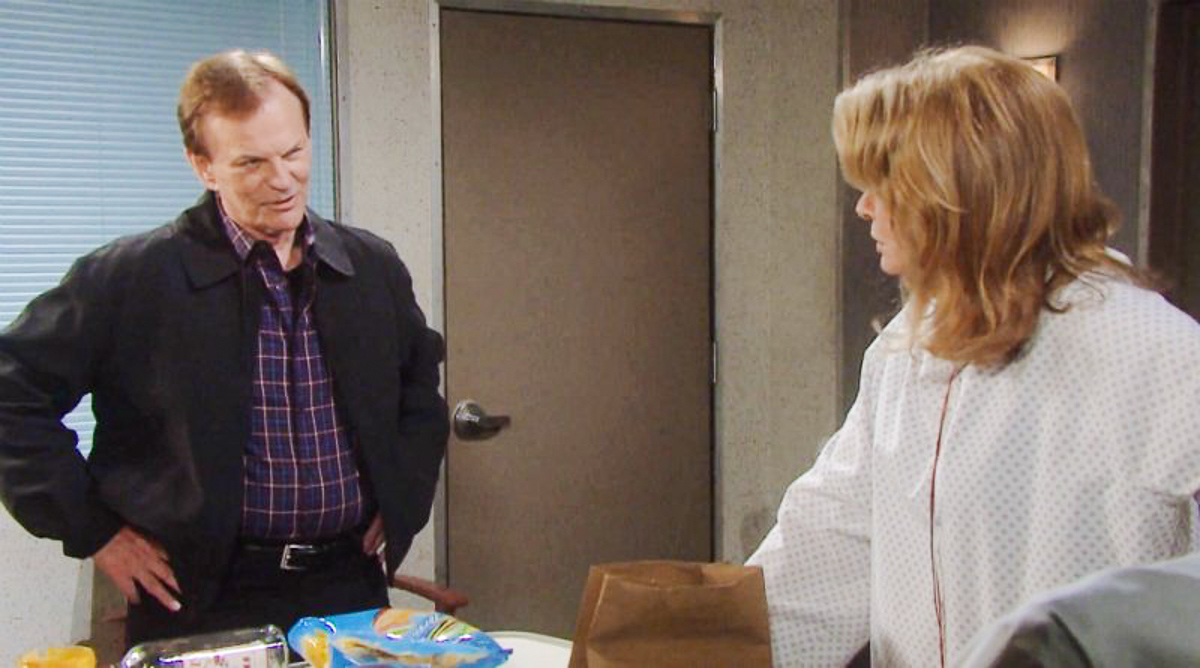 Days of Our Lives (DOOL) spoilers tease that now that Hattie Adams (Deidre Hall) is out of prison, it may be time for her to have a little romance in her life! And as viewers know, she has her sights set on one man only, Roman Brady (Josh Taylor). Is it finally time for Roman to give in and give romance a chance?

Aside from a brief romance with Anna DiMera (LeAnn Hunley), Roman has been single for a very long time. He’s been running the Brady Pub and that has been enough. Anna and Roman didn’t work out, because her heart still belonged to Tony DiMera (Thaao Penghlis) but that romance definitely proved that Roman has room in his heart for someone else. He spent years trying to get over Marlena Evans (also Deidre Hall) and it seems as though he finally has.

The biggest obstacle Hattie and Roman may face is the fact that she looks exactly like Marlena. Hattie has even impersonated Marlena on several occasions. It might be difficult for Roman to start a romance with a dead ringer for her ex-wife! But truthfully, besides their looks, Hattie and Marlena couldn’t be more different!

Days of Our Lives Spoilers – Hattie Adams is wacky!

Hattie is a bit wacky, for sure. While Marlena is mostly all serious, Hattie is a free spirit. She says what she thinks, and sometimes does things that are a bit off the wall. Up until now, Roman has resisted Hattie’s come-ons, but now that she free and clear, perhaps it’s time for Roman to finally give romance a shot. Hattie would certainly be devoted to Roman, as she has pined for him for years!

DOOL Spoilers – What do you think?