General Hospital Spoilers: Chase Is Called To Break Up A Fight Between Nikolas And Valentin 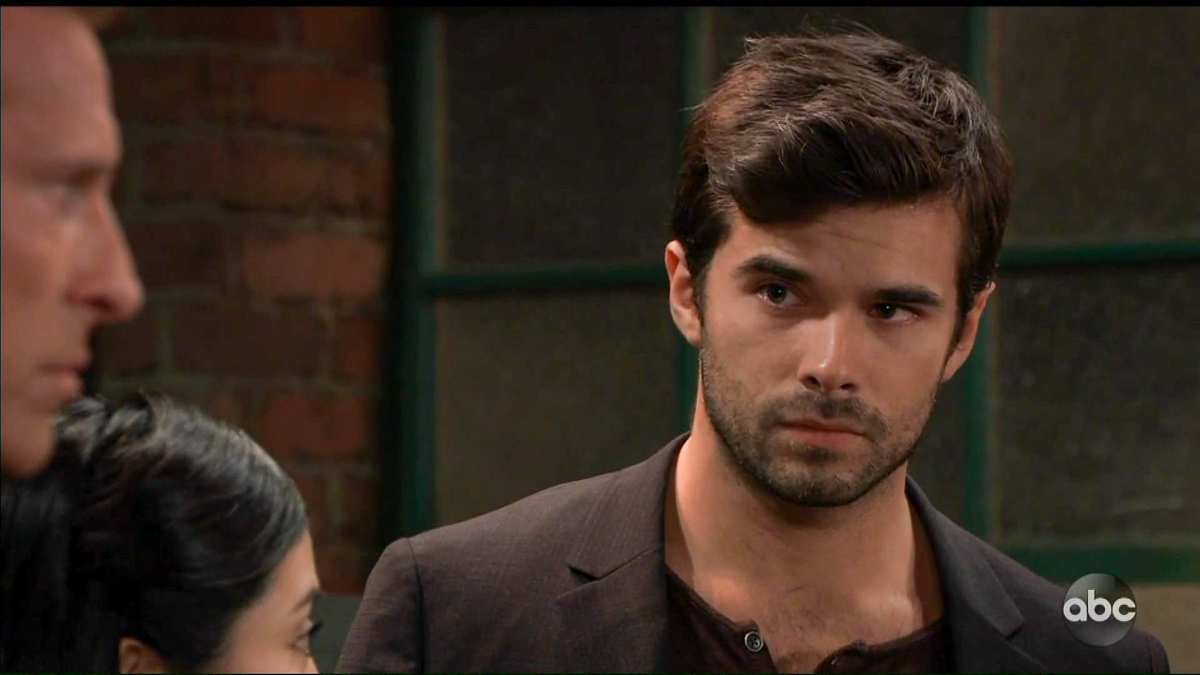 General Hospital spoilers tease that Detective Harrison Chase (Josh Swickard) will be called to break up a fight between Nikolas Cassadine (Marcus Coloma) and Valentin Cassadine (James Patrick Stuart) in an upcoming episode of General Hospital!

Even Nikolas knows better than that, although as Jasper “Jax” Jacks has told him, he’s made some pretty stupid and careless mistakes prior to his revealing himself at the wedding that wasn’t and now will likely never be between Valentin and Nina Reeves (Cynthia Watros)! However, after the wedding guests have dispersed, and Valentin is likely in Wyndemere Castle by himself, that is another story entirely!

Nikolas won’t just be able to storm the castle and take possession of it or Cassadine Industries immediately, the codicil will need to be authenticated and legal work will have to be done to carve it in stone. Nikolas won’t be beating on Valentin except for one reason and one reason only; because Valentin has had Attorney Martin Gray (Michael E. Knight) put out the order for Spencer Cassadine (Nicolas Bechtel) to be kidnapped!

That was Valentin’s plan if Laura Collins (Genie Francis) had gotten her hands on the codicil to Mikkos Cassadine’s (John Colicos) will; now he’s dealing with Nikolas himself having the codicil, that disinherits Valentin! Valentin is probably on his guard and has had all the locks changed and possibly security cameras added since the wedding, but he apparently doesn’t know about the tunnels and secret entrances like Nikolas does.

Liesl Obrecht (Kathleen Gati) knows about all the tunnels, the secret entrances, passages and secret rooms like Nikolas does but General Hospital spoilers say that she wants to turn over a new leaf and become a better person, so she may keep that information to herself where Valentin is concerned and will likely have moved out along with Nina!

General Hospital Spoilers – Nikolas Cassadine Will Go With The Intent To Strangle Valentin Cassadine And End Him!

Nikolas will undoubtedly go with the intent to strangle Valentin and end him, and somehow someone will hear the fight or see the fight who happened to be in the castle at the time and call the police! It’s also possible that Laura gets a text with a video showing Spencer in trouble and she may be with Nikolas when it comes in!

Laura will know that Nikolas is headed out to Wyndemere Castle to deal with Valentin, and she won’t be able to stop him so she will call the police right away! This seems to be the more likely possibility, and Laura will probably call her old friend Robert Scorpio (Tristan Rogers) to get the WSB on the case as well!