The Bold and the Beautiful Spoilers: Liam or Douglas? Who Will Hope Choose? 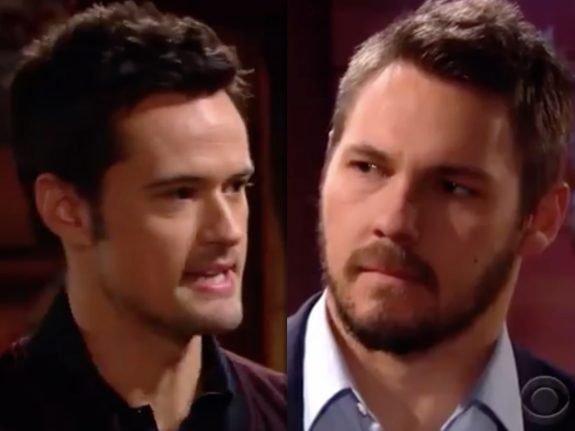 The Bold and the Beautiful spoilers indicate that Hope Logan (Annika Noelle) will be forced to choose between her boyfriend Liam Spencer (Scott Clifton) and her stepson Douglas Forrester (Henry Joseph Samiri).

This week the moment Hope’s been waiting for finally happens when Liam proposes to her. However, his proposal comes with a catch. Before any wedding planning can start, Hope must give up custody of Douglas.

Hope is stunned by Liam’s request and it’s going to led her to make a difficult choice.

The Bold and the Beautiful Spoilers – Liam Spencer is the love of Hope Logan’s life.

Despite their problems and their numerous break-ups, she never stopped pining for him. Last year, their chance at happiness was ripped apart when their daughter Beth was switched at birth. Believing their daughter was dead, Hope and Liam were overjoyed to discover she was alive. Upon reuniting with Beth, the couple was ready to settle down and be a family.

Thomas kept the secret about Beth from Hope because he wanted her. His mission to win Hope’s heart caused him to do unspeakable acts. He also used his son Douglas in his plan.

Hope formed a bond with Douglas, and even when married to Thomas ended, she wanted to remain part of the boy’s life. She and Thomas fought over custody of Douglas, something Liam was against. Even though Liam detests Thomas, he felt that Douglas needed to be with his dad. Liam loves Douglas; however, he couldn’t be a father to the boy.

The Bold and the Beautiful Spoilers – Hope Logan’s hard choice!

Liam feared that with Hope having Douglas it would keep Thomas in their lives, and he was right. With Hope and Thomas having shared custody, the two are going to remain close as they co-parent Douglas. The more time Thomas spends with Hope, the more concerned Liam becomes about Hope. That’s why he’s giving her the ultimatum.

Hope loves Liam and would love nothing more than to marry him, so they can be a family with their daughter. However, she also loves Douglas, and a part of her can’t bear giving up the little boy. Hope doesn’t want to choose between the two, but she may have to.