Days of Our Lives Spoilers: Clyde Wants Ben To Work On A New Plan But Ciara Has An Alternate Solution 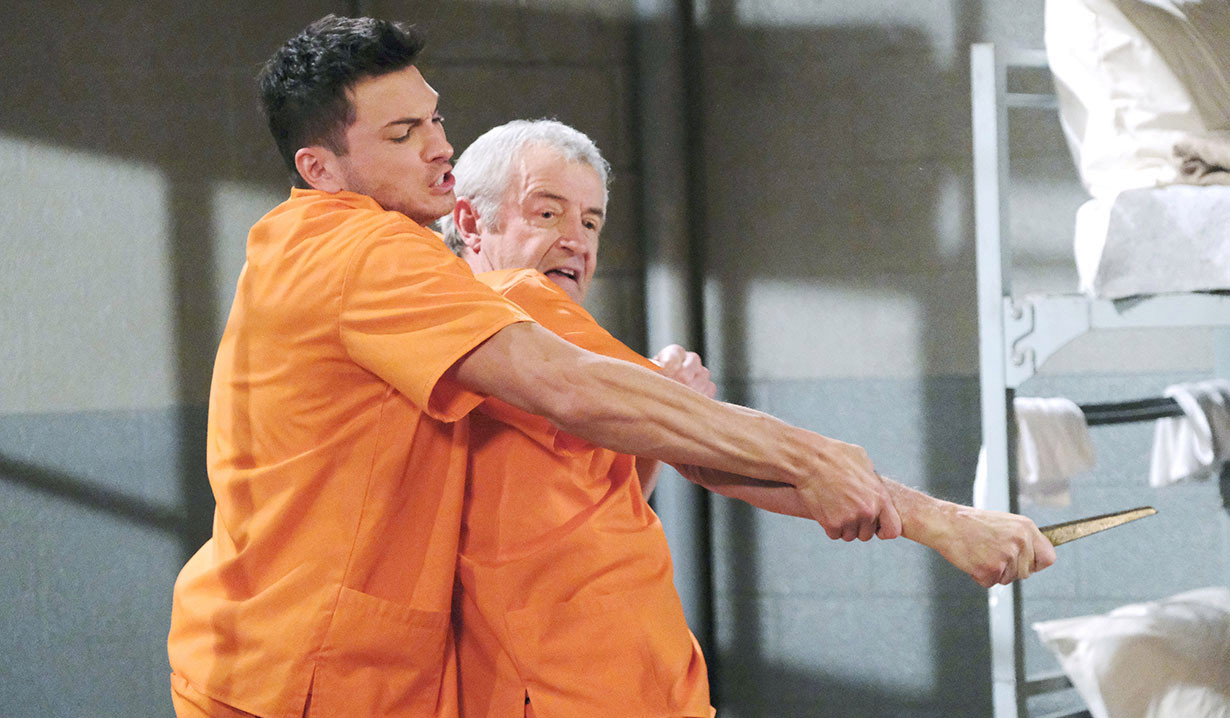 Days of Our Lives spoilers reveal Clyde Weston (James Read) tries convincing Ben Weston (Robert Scott Wilson) that they need to break out of prison. Of course, he claims it is to save Ben from the death penalty, but everyone knows he always his own reasons for doing things. Will he be desperate enough to go along with Clyde’s plan?

DOOL spoilers confirm that Ben is out of chances. He had his final appeal and had Justin Kiriakis (Wally Kurth) as his lawyer. However, he lost and now he has no appeals left. It is devastating news for the young woman, who still maintains his innocence in the murder of his unstable sister, Jordan Ridgeway (formerly Chrishell Hartley).

After learning the news about his final appeal, Ben is disappointed and devastated. His last chance of freedom is now gone. For Ben, his life will soon come to an end. Remember, he wasn’t given years or even life in prison. He was delivered the death penalty for Jordan’s death.

It is also teased that while Clyde is pressuring Ben in order to “save” him, Ciara Brady (Victoria Konefal) is working on her own solution. She ends up calling everyone she knows to recruit their assistance. She faces a nearly impossible task, but Ciara refuses to give up on the man she loves or fighting for his freedom.

However, will her plan to free Ben work or could he take Clyde up on his offer and ruin everything? Fans will have to keep watching the NBC soap opera to see how this storyline ends.