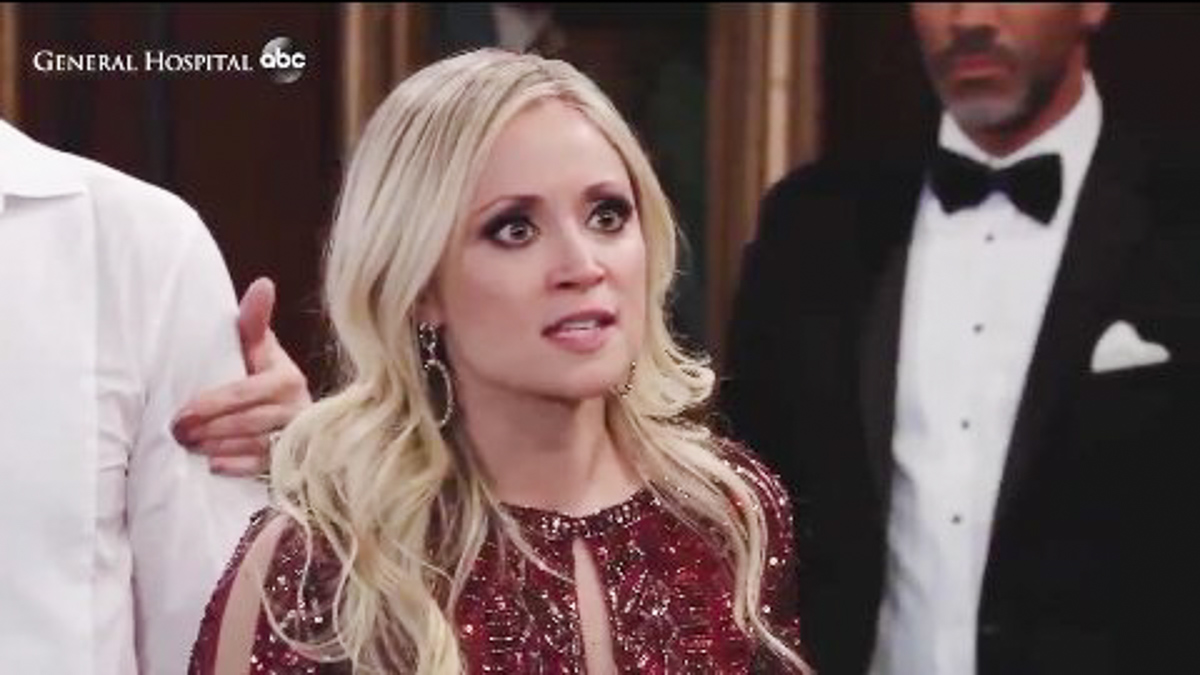 General Hospital spoilers tease that Lulu Spencer (Emme Rylan) is out of patience where Valentin Cassadine (James Patrick Stuart) is concerned! If she can’t get sole custody of her daughter one way, then she’ll do it in another way in upcoming episodes of General Hospital!

There is no way that Valentin can pretend any more to be a loving papa to Charlotte who has her best interests at heart; he tried to snatch her and go on the run right in front of Lulu’s best friend Maxie Jones (Kirsten Storms) and even hurt Peter August (Wes Ramsey) right in front of the half-asleep little girl! Valentin obviously has love confused with emotional dependence, and a sixty-two year old man should not be emotionally dependent upon a ten year old girl! The custody agreement they had was joint, and if Valentin had succeeded in going on the run with Charlotte, which he obviously had before, he would have been guilty of child snatching!

The fact is, Valentin can no longer provide a stable home for Charlotte. Lulu’s brother Nikolas Cassadine (Marcus Coloma) is in the process of taking back everything that was rightfully his from Valentin, and that means Valentin can’t stay in Wyndemere Castle and it also means he no longer has a source of income. Lulu has both a home and a source of income, and Valentin can’t even pay an attorney if Nikolas has had the funds frozen while in dispute! Yes, it is an emotional adjustment for little Scarlett who has been raised for the last couple of years by Valentin, but she received a very rude awakening when she saw her Papa on the parapet, heard a loud splash, and then saw her uncle/”bodyguard” carry Ava Jerome (Maura West) in with them both soaking wet! It didn’t take a lot for even a ten year old to figure out what happened, and she’d never seen her Papa act like that!

Valentin is desperate! Would he dare try sic Social Services on Lulu and accuse her of being an unfit mother? If Lulu isn’t taking care of Charlotte, where would she go? Surely Valentin wouldn’t want her to go into the foster care system! Besides, Lulu’s mother and Charlotte’s grandmother is Laura Collins – MAYOR Laura Collins (Genie Francis)! There is no way such a frivolous accusation would even be believed, and besides if there is a report it has to be investigated by a social worker and a home visit is made. The child is also questioned privately in most cases, if the social worker, who is trained to spot abuse, thinks it is warranted. Surely Valentin wouldn’t rather if he can’t have Charlotte than no one can, unless he totally goes off the rails; but with as much loss and devastation as he is bearing right now, that is a distinct possibility!