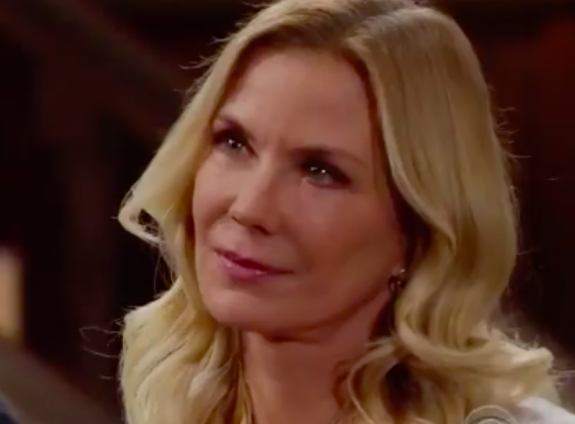 The Bold and the Beautiful spoilers for Thursday, January 9, tease that Thomas Forrester (Matthew Atkinson) will once again enact a manipulative plan. As B&B viewers know, he’s been worried ever since he found out about Liam Spencer’s (Scott Clifton) marriage proposal to Hope Logan (Annika Noelle).

Liam managed to let it slip that there was a big stipulation attached to the proposal, and Thomas quickly figured out that it must be about him. In fact, the stipulation was that Liam wanted Hope to cut all ties to Thomas, which meant (a) not working with him at Forrester any longer, and (b) give up co-parenting Douglas Forrester (Henry Joseph Samiri).

The Bold and the Beautiful spoilers say that Thomas will decide that it’s time to take matters into his own hands, so that Hope doesn’t agree to, or even consider, Liam’s terms. He’ll put a new plan into place, and this time he’ll use Steffy Forrester (Jacqueline MacInnes Wood) in a big way.

The Bold And The Beautiful Spoilers: Thomas Forrester Could Be Taking Things Too Far

As B&B viewers know, Thomas has used Steffy in his anti-Lope plans before. Last summer, Thomas drugged Liam’s drink in order to arrange a situation in which Liam and Steffy would sleep together. That plan worked, as Steffy and Liam did make love – which was something that later caused problems between Hope and Liam.

Well, it seems that Thomas will arrange a similar scenario. According to B&B spoilers, Thomas will finagle a situation in which Steffy and Liam end up kissing, and he’ll make sure that Hope shows up at the right moment so she catches them in the moment. It looks like this will happen in the morning, as Steffy will be wearing a nightie at the time, which means that it will probably appear as if Liam and Steffy slept together.

Bold And The Beautiful Spoilers: Brooke Forrester Is Ready To Reconcile With Ridge Forrester

And that’s going to lead to a big confrontation at Steffy’s house. According to B&B spoilers, the action will take place outside, likely as Hope is trying to leave after witnessing the kiss. It seems that Steffy and Liam will chase after Hope and a major confrontation will ensue.

Meanwhile, on Thursday’s new episode of B&B, Brooke Forrester (Katherine Kelly Lang) will reach out to Ridge Forrester (Thorsten Kaye). As B&B viewers know, Ridge has wanted to reconcile with Brooke for some time now, but Brooke has consistently refused. Ridge maintains that Thomas has moved on with his life and is no longer a threat to Hope, so he thinks that Brooke should accept him so they can reunite as a couple.

Brooke and Ridge went as far as to sign divorce papers, but Ridge hasn’t filed those papers yet, simply because he’s holding out hope that their marriage can be saved. Well, it seems that something will happen to make Brooke think that they can finally work through their differences. Exactly what changes Brooke’s mind remains to be seen, but B&B spoilers say that she’ll ask Ridge to come home.

B&B Spoilers: What Will Lead Brooke Forrester Back To Her Husband?

Perhaps Brooke will be feeling more optimistic about Thomas’ burgeoning relationship with Zoe Buckingham (Kiara Barnes), or maybe she’ll still have some doubts about Thomas but she’ll feel that she and Ridge can work around the issue now that Thomas is dating someone new and appears to be making an effort to move on with his life.

Whatever the case, it will be a major step for Brooke to ask Ridge to come home. Unfortunately, B&B spoilers for later this week indicate that Thomas will do something that ultimately sidelines their plans, and this may have something to do with his manipulative plan for Steffy, Liam, and Hope. We’ll see what unfolds.