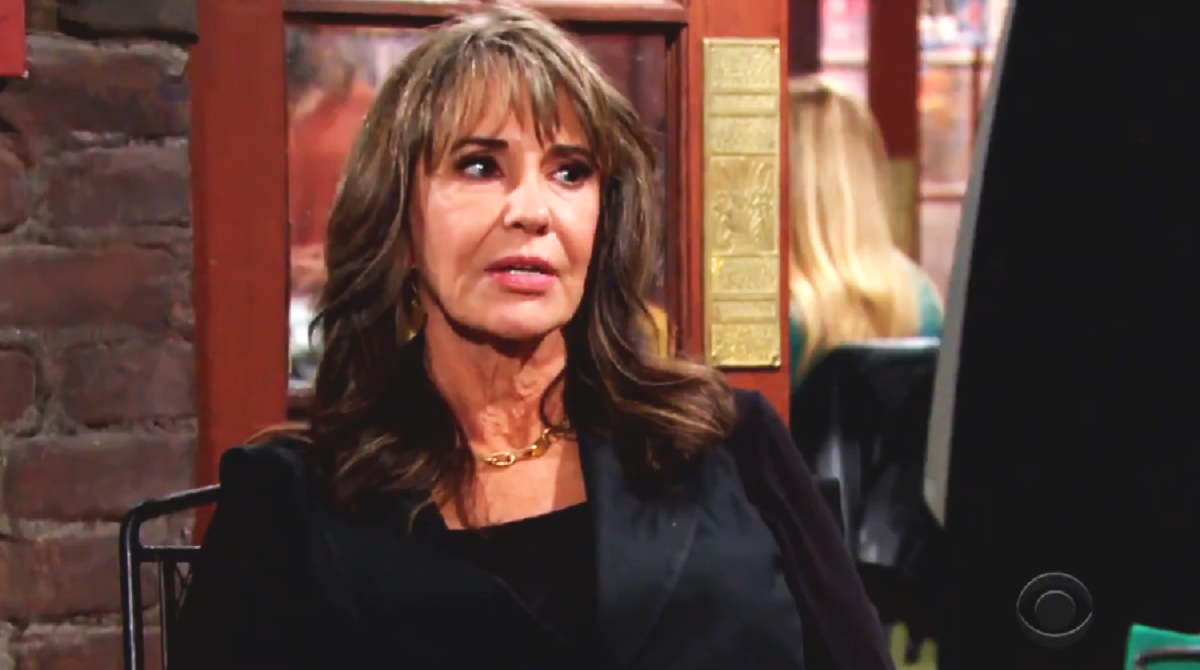 While her commute is occasionally a little hectic, Jess Walton, who plays Jill Abbott, is thrilled to be staying in Genoa City.

For those “The Young and the Restless” fans who were worried that Jill Abbott (Jess Walton) was going to be leaving Genoa City, worry no more. Walton has said her stay is being extended on the popular CBS soap and she says she has a story arc coming in future episodes.

So far, “Y&R” showrunners haven’t made any reference as to Billy Abbott (Jason Thompson) and the trouble he is likely to be getting into. However, from information gleaned from CBS Soaps in Depth, it is clear that Jill will be a necessary part of the continuing story and her role in “The Young and the Restless” is set to continue.

Jess Walton said she loves her role on daytime TV, but does find the commute a little difficult at times as she lives with her family in Oregon and has to commute to Los Angeles. She does worry about having to spend several weeks at a time filming the show, while having to leave her husband, children and grandchildren. She only wants to travel every now and again for just a few days. “Y&R” filming allows for that, which makes it perfect for Jess.

Jess Walton happy to stay on the set of ‘Y&R’

In her interview, Walton added how happy she is to return to “The Young and the Restless” set, saying she is grateful for both the show and her fellow actors. She commented that they are a joy to work with.

During December, Jill was interviewed by Soap Opera Digest, where she spoke about the return of Tristan Rogers (Colin Atkinson) to “Y&R.” She said she was delighted he was reprising his role, saying he always makes her laugh. She did admit it does become a challenge when they are rehearsing and Tristan makes her giggle non-stop!

According to spoilers, Jill Abbott’s continuing storyline and stay in Genoa City might relate to Lilly Winters’ (Christel Khalil) return to the show. We will just have to wait to find out how. Keep watching “The Young and the Restless” on CBS to follow the story as it unfolds.