The Bold and the Beautiful Spoilers: Friday, January 10 – Hope Makes Decision That Could End Lope – Bridge’s Reunion Sabotaged By Thomas 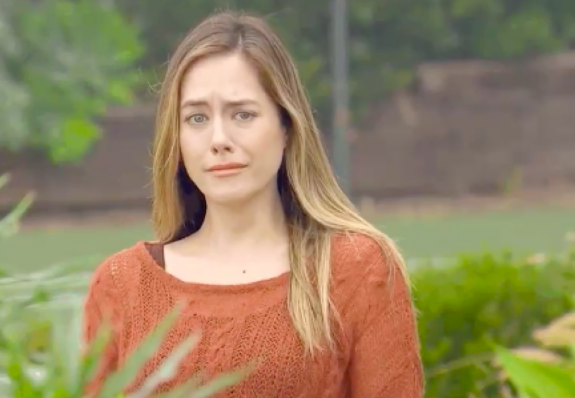 The Bold and the Beautiful spoilers for Friday, January 10, tease that a major confrontation will take place. As B&B viewers know, Hope Logan (Annika Noelle) has just arrived at the cliff house, where she saw Steffy Forrester (Jacqueline MacInnes Wood) and Liam Spencer (Scott Clifton) passionately kissing out by the cliff.

Well, needless to say, Hope was stunned by the scene, and on Friday’s B&B episode, she’ll hurry over to the cliff to blast Liam for what she’s just seen. It looks like we’ll see a serious confrontation, as Hope rails against Liam for going right back to Steffy after they had a disagreement about the stipulations to Liam’s marriage proposal.

‘The Bold and the Beautiful’ Spoilers: Lope Under Pressure – Thomas Remains Defiant

Hope will likely point out that Liam wanted her to give up Hope For The Future and Douglas Forrester (Henry Joseph Samiri) for him, just hours before he was out here canoodling with Steffy. She’ll probably demand to know what Liam is thinking and what he really wants – her or Steffy?

It will be interesting to see how Steffy reacts to this whole scene. Will she be feeling guilty? After all, she was a complicit part of Thomas Forrester’s (Matthew Atkinson) plan. B&B viewers will remember that Steffy kissed Liam right on cue when Thomas called her, just so Hope could catch them together. One wonders whether Steffy will admit to what she did.

Bold And The Beautiful Spoilers: Hope Logan’s Decision Could Cost Her Everything

Whatever the case, B&B spoilers say that Hope will make a critical decision after the big cliff confrontation is over. She’ll apparently head back in the direction of home, and she’ll eventually meet up with her mom, Brooke Forrester (Katherine Kelly Lang). Hope may reach a rash decision to kick Liam out of her life, and it looks like she’ll even pack his bags for him.

Of course, Brooke will likely advise her daughter against ending things with Liam. Brooke will probably argue that this is all Thomas’ doing, and that she and Liam shouldn’t let Thomas win. But a “Lope” reunion certainly doesn’t look like it’s in the cards in the near future…not after Hope witnessed that kiss.

The Bold And The Beautiful Spoilers: Steffy Central To Ongoing Fight – Connection With Liam And Link To Thomas Crucial https://t.co/z4SlUeSuNO pic.twitter.com/KNW30STpF9

Meanwhile, on Friday’s new episode of B&B Brooke and Ridge Forrester (Thorsten Kaye) will experience some more difficulties. As B&B viewers know, Brooke and Ridge just appeared to reunite, with Brooke asking Ridge to come back to the mansion with her. But it seems that once again, Thomas will interfere with their plan to be together.

The Bold and the Beautiful spoilers say that Thomas will do something to sideline “Bridge’s” reunion. It could be that Hope comes back home and reveals what just happened with Steffy and Liam, which could certainly cause some discord between Brooke and Ridge. Brooke will of course be “team Lope” while Ridge is “team Steam.”

We’ll see exactly what it is that ends up disrupting Ridge and Brooke’s happy reunion. Of course, it’s always possible that Thomas will do something else to drive a wedge between them, since he’s hell-bent on keeping his father away from Brooke. At any rate, it seems pretty clear that “Bridge” is going to face more difficulties, with a real reunion unlikely.