‘The Bold and the Beautiful’ Spoilers: Lope Under Pressure – Thomas Remains Defiant 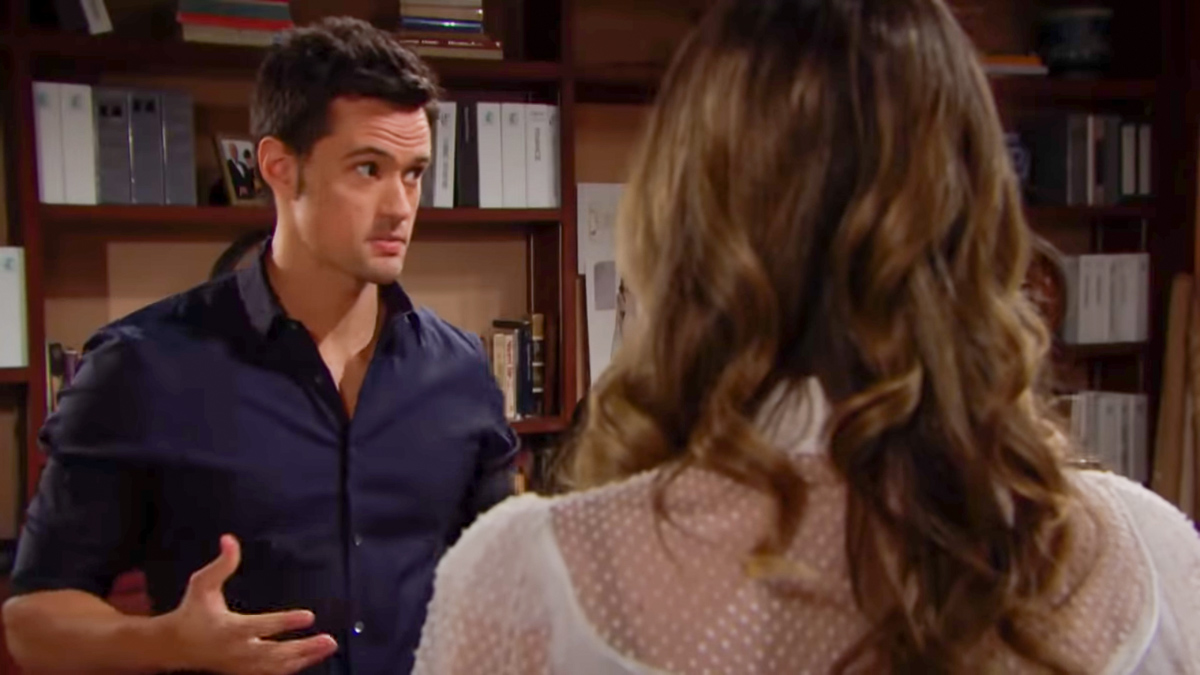 The Bold and the Beautiful spoilers tease that Thomas Forrester’s (Matthew Atkinson) prediction will bear further fruit. He told Liam Spencer (Scott Clifton) that no further pressure tactics would be needed. Thomas believed that Liam would sabotage himself in and potentially be left without Hope Logan (Annika Noelle) and Steffy Forrester (Jacqueline MacInnes Wood).

Liam has sensed an imminent threat long before the Beth Spencer (Madeline Valdez and River Davidson) reveal happened. But his gut instinct and ongoing attempts to stop Thomas from continuing to endanger the people he loves hasn’t prevented further problems from developing.

Bold And The Beautiful Spoilers – Conditioned Marriage Proposal Not Romantic

It should have been different. Lope’s life was needlessly damaged by the actions Reese Buckingham (Wayne Brady) took and by Thomas choosing to withhold what he learned about Beth’s existence.

What also should have been different were the conditions surrounding Liam’s latest marriage proposal to Hope. He felt compelled to condition it on her breaking all ties with Thomas.

Asking Hope to end her business connection to Thomas was reasonable. But linking their remarriage to also ending her legal tie to Douglas Forrester (Henry Joseph Samiri) likely went too far.

Hope and Douglas bonded on their own. While it’s true that Thomas set the stage through voluminous meetings between Noelle and Samiri’s characters, they came to care about each other as an adoptive mother and son should.

Liam’s ask to Hope is understandable, on a selfish level. But this isn’t an either-or scenario. Many alternative options exist that can allow Hope to remain Douglas’ legal parent, while she also separates herself from Thomas.

One compromise would be replacing Thomas with a new designer, as all Hope would need to do is ask for an extension of the Fashion Showdown start date. Why would Forrester Creations reasonably deny that based on the circumstances?

Bold And The Beautiful Spoilers – Liam Spencer Must Quickly Recalculate

Thomas wants to isolate Liam, shifting pressure to his nemesis. Liam must quickly recalculate what he’s asked in order to preserve the bond he has with Hope and Steffy.

While Hope doesn’t trust Thomas, she could come to also distrust Liam, which would then leave her isolated and in a position of vulnerability. That is exactly what Thomas is hoping for and may soon realize. But Liam shouldn’t be counted out yet, as his will to succeed is also fierce.