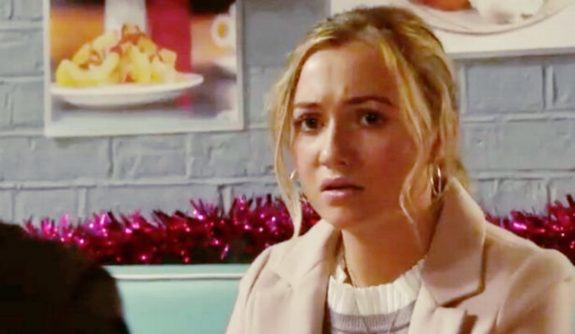 Eastenders spoilers reveal that Louise Mitchell (Tilly Keeper) isn’t holding it together as well as she did the day Martin Fowler (James Bye) grabbed Keanu Taylor (Danny Walters). In fact, she is beginning to break down and crumble. This leads to a frantic decision about how to keep her under control.

As fans have seen during the past few weeks, Phil Mitchell (Steve McFadden) discovered Sharon Mitchell’s (Letitia Dean) secret. It took him a while to piece everything together and had one false target. However, he eventually learned that the father of Sharon’s baby was Keanu.

Phil wanted Keanu dead and Martin was assigned the gruesome task. However, there were a few surprising turn of events. Even though it is set up to appear that Keanu was killed, he is actually somewhere else safe and sound. Unfortunately, nobody really knows this and it has to stay quiet in order to keep Keanu alive.

On Monday, January 13, Eastenders spoilers indicate that some people will become concerned about Louise. This includes Rebecca “Bex” Fowler (Jasmine Armfield). She realizes that something is not quite right with Louise and becomes worried about the new mother’s state of mind.

Fans can also expect Martin to tell Ben Mitchell (Max Bowden) that Louise needs to be controlled before she blows their secret. This leads him to grab the young woman firmly by the arms and warn her to get it together. One sneak peek photo also indicates that he might shake her a bit. The look on her face is panic, shock and being distraught.

Eastenders spoilers tease that Louise won’t be able to stand the guilt anymore. She ends up confessing what she believes happened – that Keanu was murdered and she participated in the crime. She tells this to her mother, Lisa Fowler (Lucy Benjamin). In fact, Louise sobs about Keanu being killed and “it’s all my fault.”

What the new mother doesn’t realize is that Keanu is somewhere safe. However, can it really be chanced to let Louise know? Or is that too much of a risk?