The Bold and the Beautiful Spoilers: Liam Makes a Confession to Steffy – Flo Tells Wyatt She Has Re-Evaluated Her Life 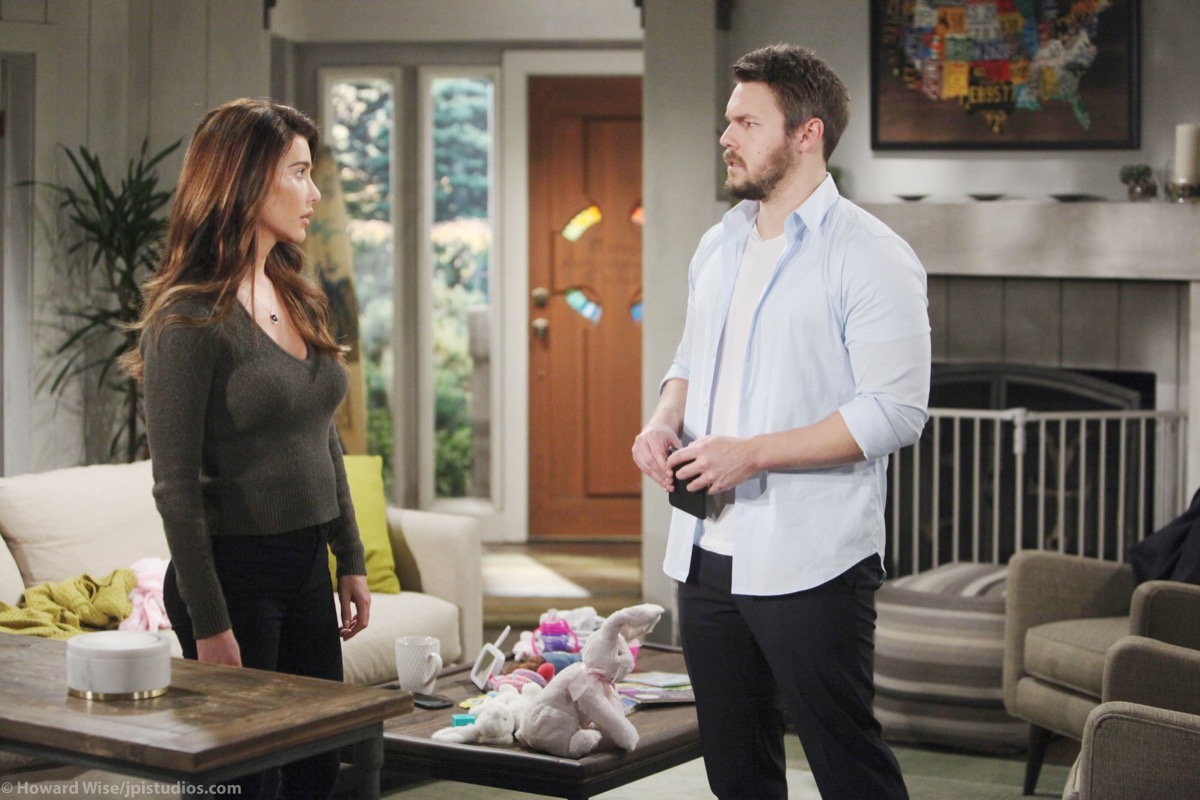 The Bold and the Beautiful spoilers reveal Liam Spencer (Scott Clifton) makes a confession to Steffy Forrester (Jacqueline MacInnes Wood). Meanwhile, Flo Fulton (Katrina Bowden) informs Wyatt Spencer (Darin Brooks) that she left town in order to re-evaluate her life and the choices she has made. What else can fans expect from these characters?

B&B spoilers indicate that there might be more fallout from Steffy kissing Liam. As fans saw on Friday’s episode, Hope Logan (Annika Noelle) saw the two locking lips. It happens just one day after Liam half-proposed to her. Remember, she didn’t exactly agree to his marriage stipulations so it’s unclear if they will even walk down the aisle or not.

The Bold And The Beautiful Spoilers: Sally Makes It Difficult For Wyatt To Dump Her – Flo Ends Wally Again?

B&B Spoilers: Liam Spencer ConfessesFans should expect Liam to meet again with his ex-wife. He will make a confession to her, but what could it be? Does it have anything to do with his proposal conditions for Hope? Or is this about the kiss “Steam” shared? Perhaps it meant more to Liam than he cared to admit at the time.

The Bold and the Beautiful spoilers also tease that Flo Fulton will return to Los Angeles. She ends up running into the man she still loves, Wyatt Spencer. Even though she still wants him to be hers, Flo understands that he is engaged to Sally Spectra (Courtney Hope). Due to this, she plays it cool and doesn’t make a move on him.

The Bold and the Beautiful Spoilers: Liam Gave Hope an Ultimatum – But Hope Might Turn The Tables On Him Now https://t.co/cfqs63bQTH pic.twitter.com/5SYC0h98jx

The Bold and the Beautiful Spoilers: Wyatt Spencer Gets an Explanation

While talking to Wyatt, the former flames get on the topic of where Flo has been lately. She tells him that she left town for a bit after her kidney surgery. She needed to think about things and re-evaluate her life.

This will no doubt sound like a positive move to Wyatt. Could it lead him closer to changing his mind about which woman he should be with? Fans will have to keep watching the CBS soap opera to find out what happens next.

Be sure to tune in to catch up on everything happening with B&B right now. Come back here often for The Bold and the Beautiful spoilers, news, updates, and rumors!