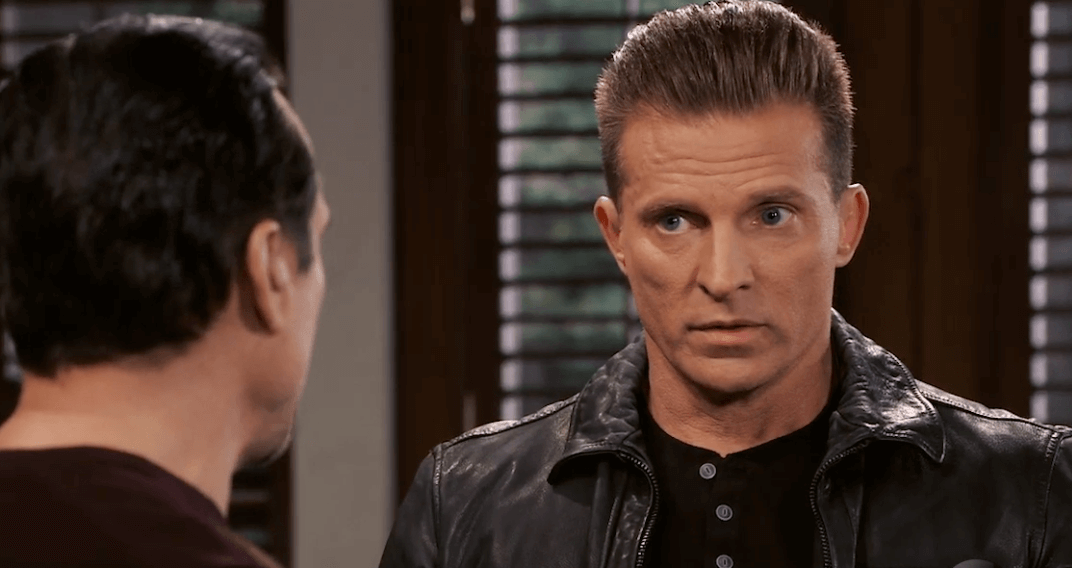 Jason becomes suspicious when he sees Peter nervously decline an invitation to a thank you dinner by Franco and Elizabeth Baldwin (Rebecca Herbst) at the Metro Court. Meanwhile, Alexis Davis (Nancy Lee Grahn) learns the whole story of their deal with Scorpio from Sam, and Damian Spinelli, (Bradford Anderson) who Jason had called in to do a deep dive investigation on Sam’s parole officer, Delores Maloney (Andi Chapman) arrives in Port Charles and takes time to reconnect with Maxie Jones (Kirsten Storms).

Brook Lynn Quartermaine (Amanda Setton) has a surprise she wants to announce when her father, Ned Quartermaine (Wally Kurth) and Michael Corinthos (Chad Duell) want to know if she’s going to attend the ELQ Shareholders meeting. Tracy Quartermaine (Jane Elliot) is also present and wants to know why she wasn’t informed, and makes it known that she is Dillon Quartermaine’s (Robert Palmer Watkins) voting proxy in his absence. It sounds like a newly paroled Nelle Benson (Chloe Lanier) crashes the meeting and makes a surprise confession that shocks the Quartermaines!

Tracy reminds Ned of what’s important – presenting a united front against the unwelcome interloper – and blames Michael, possibly for the presence of Nelle! Tracy also tries to bury the hatchet with Olivia Quartermaine (Lisa LoCicero) as part of presenting a united family front.

General Hospital viewers will recall from last week that someone hijacked one of the Corinthos Coffee trucks and it was later found burned and abandoned. Commissioner Jordan Ashford (Briana Nicole Henry) mentioned to Jason that it could be a calling card from someone trying to invade Sonny Corinthos’ (Maurice Benard) turf!

Sonny’s on edge, and he and Jason try to figure out if this is a new threat or an old enemy who has returned to Port Charles. Detective Harrison Chase (Josh Swickard) will be called in to break up a fight, possibly down near the Corinthos Coffee warehouse and try to update Jordan on the Corinthos case.

General Hospital Spoilers: An Obstacle From Dustin Phillps’ Past Appears

An obstacle from Dustin Phillips’ (Mark Lawson) past appears, and threatens his relationship with Lulu Spencer, (Emme Rylan) which is rapidly becoming more serious. Lulu fishes for information and wants to know more, but by the end of the week she is out of patience!

Concerns for Wiley Cooper-Jones’ safety increase as Nelle is loose, and Carly sees through her! Julian Jerome (William DeVry) pays a visit to an increasingly overwhelmed Brad Cooper, (Parry Shen) and Willow Tait (Katelyn MacMullen) is concerned for Wiley’s safety, not just because of Nelle being loose, but because of Brad’s condition! By the end of the week, Brad will have a rude awakening!

That’s all for this week’s five key takeaways for General Hospital. Stay tuned to the show, and keep checking General Hospital spoilers frequently for all the latest news, updates and developments!