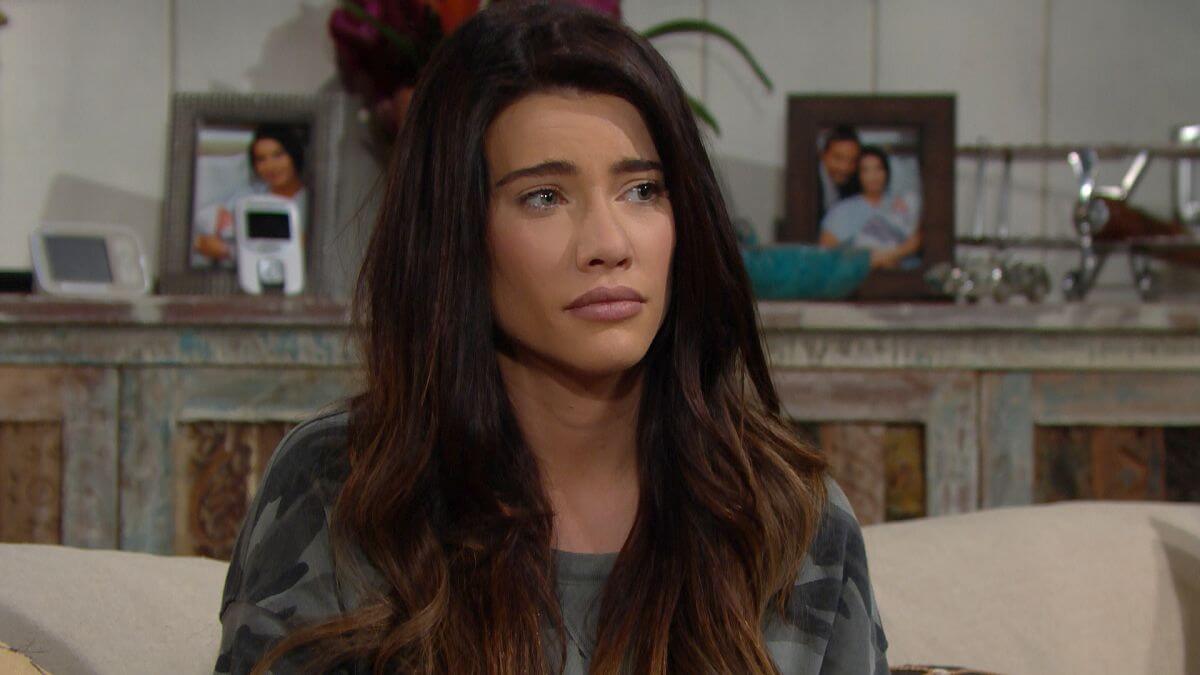 The Bold and the Beautiful spoilers reveal Steffy Forrester (Jacqueline MacInnes Wood) becomes concerned about the fashion showdown. She takes a look at Sally Spectra’s (Courtney Hope) designs and doesn’t like what she sees. Could this cause problems between the two?

B&B spoilers tease that the fashion showdown is going to go on, even though there are some difficulties. For one, Hope Logan (Annika Noelle) agreed to let Thomas Forrester (Matthew Atkinson) be her designer. She is extremely wary of him working so closely with her. However, she has no other option or Hope For the Future will be shelved and Steffy will automatically win.

The Bold and the Beautiful Spoilers: Liam Makes a Confession to Steffy – Flo Tells Wyatt She Has Re-Evaluated Her Life

While Thomas and Hope are joining forces, Steffy and Sally have decided to become partners for the design duel. They didn’t always get along. There was a time when they had some conflict because of Liam Spencer (Scott Clifton).

However, they have moved past that and are confident that they will win the showdown. At least, until Steffy takes a peek at Sally’s sketches.

The Bold and the Beautiful spoilers indicate that Steffy takes a look at Sally’s designs. She obviously doesn’t care for what she sees. It is hinted that Steffy becomes concerned. How will she handle this dilemma? Of course, honesty is the best policy but will Sally take constructive criticism?

The Bold and the Beautiful Spoilers: Sally Spectra’s Response

It isn’t revealed how Sally responds. However, about a month ago, Jacqueline MacInnes Wood told Soap Opera Digest that Steffy makes a confession to Sally. It must be about the designs. The actress also teased that things would get personal. It sounds like the beginning of another feud, but can they be civil enough to get through the fashion showdown and win?

What do you think is going to happen with Steffy and Sally? Can they get through this as partners or is their agreement going up in smoke? Fans will have to keep watching the CBS soap opera to see what happens next.