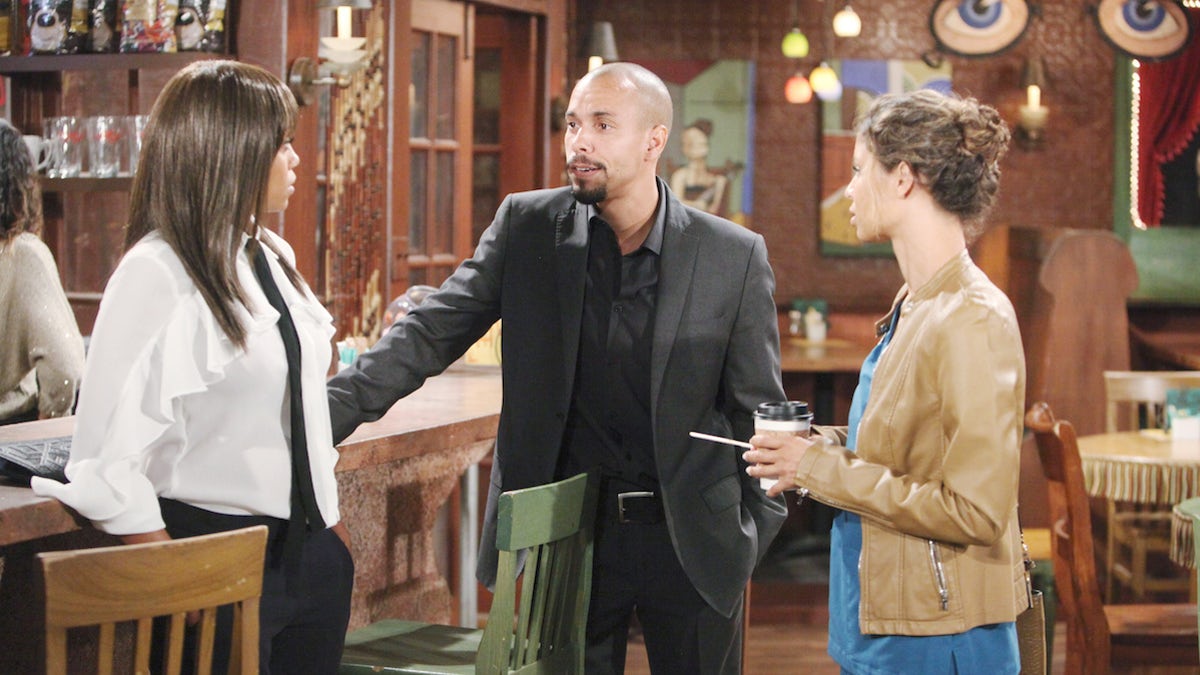 The Young and the Restless (Y&R) spoilers tease that Devon Hamilton (Bryton James) will crush Elena Dawson (Brytni Sarpy) when he admits his true feelings for Amanda Sinclair (Mishael Morgan). For the past few months, Elena has voiced her concerns about Devon’s fixation on Amanda and her whereabouts in Genoa City.

Devon has tried to let Elena know that he has no feelings for Amanda, but even so, Elena feels threatened. She thinks that if Amanda wanted Devon, she could take him from her, leaving her heartbroken.

The Young and the Restless Spoilers: Sharon’s Cancer Diagnosis – Will it Lead To A Shick Reunion?

According to Soap Opera Digest, head writer Josh Griffith revealed that in 2020, Elena will continue to be concerned about Amanda’s influence in her relationship with Devon. She thinks that Amanda knew that she looked like his dead wife and she came here to rattle him.

Of course, Amanda has denied that claim, suggesting that she is a victim too. She said that she came here to get away from her life and settle the Chancellor Estate will challenge.

Elena doesn’t buy the innocent act and she told Amanda that she is watching her and she will not let her blow up her relationship with Devon. She has also talked to Devon and Nate Hastings (Sean Dominic) about her concerns with Amanda.

While Devon is understanding, Nate thinks that Elena is acting jealous. He thinks she should just mind her own business and let Amanda settle into life in Genoa City.

During the week of January 13, Devon will make a shocking confession to Elena. Y&R spoilers state that he will admit that he has feelings for Amanda, adding that he is attracted to her. He will try to reassure Elena, stating he loves her, and he isn’t going to pursue her. However, Elena is on edge and jealous because she fears that her relationship is on a ticking timebomb.

Devon will feel terrible and he will tell Elena that he will do whatever he needs to do to make her feel more at ease. Even so, Elena worries that Devon will end up in Amanda’s bed in the coming weeks.

Do you think Amanda and Devon will end up together? Don’t forget to come back later for more The Young and the Restless (Y&R) spoilers, news, and casting updates!