Days of Our Lives Spoilers: Destroying Pacemaker App Doesn’t Save Julie, Instead JJ Puts Her In Even More Danger? 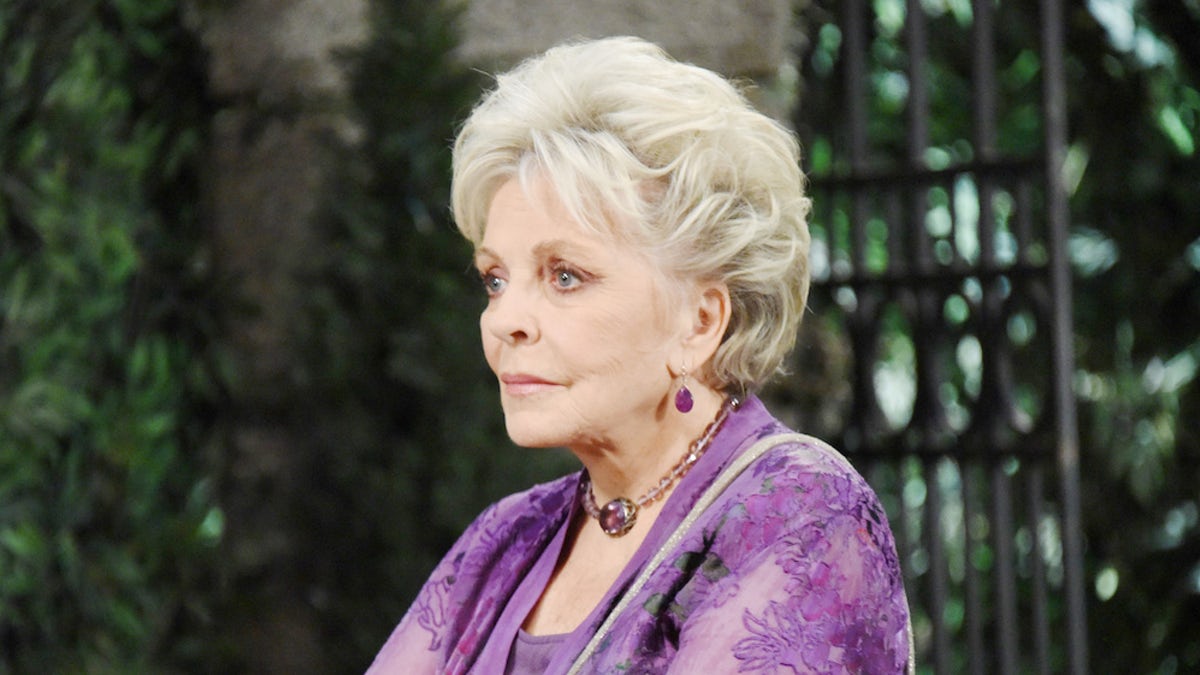 Days of Our Lives spoilers reveal JJ Deveraux (Casey Moss) tries to save Julie Williams (Susan Seaforth Hayes) from the pacemaker app on Gabi Hernandez DiMera’s (Camila Banus) phone. He ends up trying to destroy it, thinking that will take care of the problem. However, a sneak peek photo suggests that it might make Julie’s pacemaker go haywire instead.

DOOL spoilers confirm that after all of this time, Gabi still has the pacemaker app on her phone. That means she can slow down or speed up Julie’s heart anytime she wants. All she has to do is press a simple button on her phone.

Despite Gabi getting everything she wanted, including Eli Grant (Lamon Archey), the widow continues to threaten Lani. If she tells anyone about the pacemaker manipulation, then Gabi could kill Julie and nobody would suspect a thing.

Lani has held in a lot of anger over Gabi’s actions during the past year. While in the Italian convent, she tried her best to pray and forgive the Latina fashionista. However, it didn’t do any good. This is what led her to smash the storefront at Gabi Chic. However, there might be someone that can help her fix things.

Days of Our Lives spoilers reveal Lani confides in JJ about everything Gabi has done. This includes tampering with Julie’s pacemaker so she can play God whenever the whim strikes. JJ loves Julie — she isn’t just family, but one of the people that helped get him sober.

He agrees to help by going to the DiMera mansion. His goal is to get access to Gabi’s phone and get rid of the app. However, it seems that he might end up making things worse.

A sneak peek photo published in the latest issue of Soap Opera Digest shows a worried Kayla looking over test results. Julie is dressed in a hospital gown and is sitting on a hospital bed, also looking concerned.

One possibility is that Gabi caught JJ and pushed that little button. The other potential reason for Julie’s hospital visit is that JJ trying to get rid of the app may have caused the pacemaker to go haywire. Hopefully, something can be done soon to expose Gabi and save Julie before it’s too late.