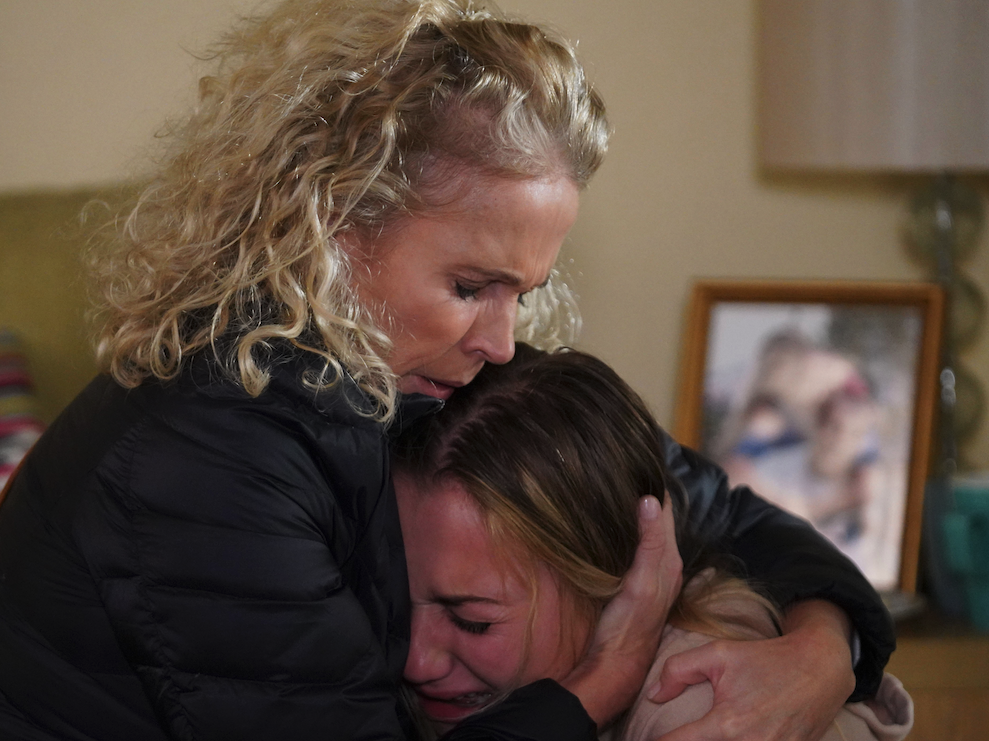 Eastenders spoilers for the week of January 13 reveal there will be fallout from Louise Mitchell’s (Tilly Keeper) confession. The secret about Keanu Taylor (Danny Walters) sparks a police investigation. Plus, find out more about Martin Fowler’s (James Bye) mysterious letter.

Fans can expect Louise to struggle with Keanu’s “death.” In fact, others are becoming concerned about her mental health. This causes Ben Mitchell (Max Bowden) to give his sister a stern warning. However, things won’t get better for the new mother, who believes that Keanu was killed. She ends up confessing that Keanu is dead and she’s to blame.

On Monday’s episode, Michael “Mick” Carter (Danny Dyer) confronts Linda Carter (Kellie Bright) about the hotel reservation from New Year’s. She is stunned over her husband’s accusation. However, when she calls the hotel, she ends up shocked when it’s stated that she was there with another man.

Lisa Fowler (Lucy Benjamin) thinks that Louise is going through some sort of mental health crisis after her bizarre confession about Keanu’s death. Sharon Mitchell (Letitia Dean) overhears the ruckus but can’t bring herself to believe that Keanu is really dead. Eventually, Phil Mitchell (Steve McFadden) admits to Lisa that Louise’s statement about Keanu is true.

Linda will try to hide a hangover from Mick. If that were not enough, she sneaks out once again to hit the bottle.

Eastenders spoilers reveal that Phil thinks everything is going according to plan and he has nothing to worry about. However, then he spots the authorities nearby. Karen Taylor (Lorraine Stanley) is asked questions about her son. She tries to play it cool, but then the police pay a visit to Phil.

It is teased that Sonia Fowler (Natalie Cassidy) encourages Dot Cotton (June Brown) to visit Charlie Slater (Derek Martin). Meanwhile, Dotty Cotton (Molly Conlin) tries to charm Leo King (Tom Wells). However, when she mentions his father, the real Leo emerges. So, she apologizes and suggests they have a drink.