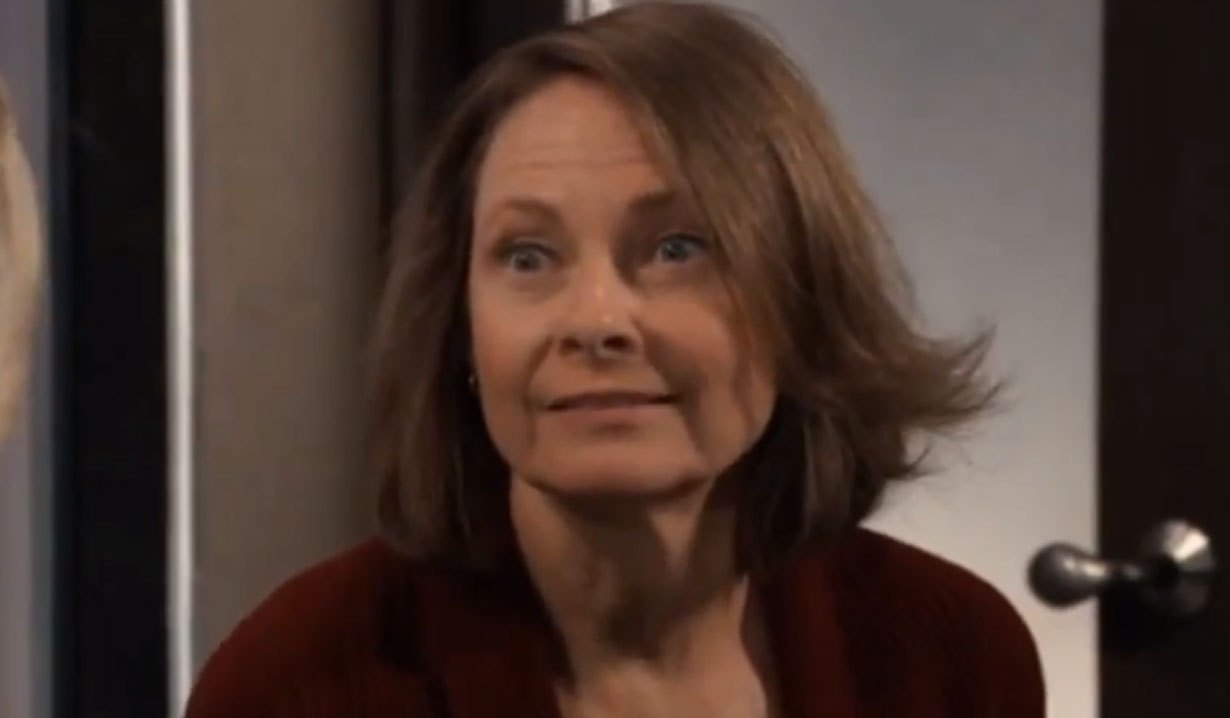 General Hospital spoilers tease that Gladys Corbin (Bonnie Burroughs) will fully support Sonny Corinthos’ (Maurice Benard) decision to take Mike Corbin (Max Gail) to New York for the medical trial that she gave him a printout concerning in an upcoming episode of GH!

General Hospital viewers will recall that Gladys had found an article about an apparently successful Alzheimer’s treatment trial using magnetic waves on the patients’ brains that helped 8 out of 10 in the first trial. She printed out the article and gave it to Sonny. After reading it, and seeing it was only a few hours away in Manhattan, Sonny decided to see if he could get Mike into the second trial, after showing the article to Carly Corinthos (Laura Wright) to look at, after which she cautioned him against having false hope.

Sonny came back with the odds looked good enough to think that maybe it could be the first step towards a cure, and she told him to call Mike’s doctor. He promised he would. Sonny then planned the road trip, with probably including a side trip to their old stomping grounds in Bensonhurst to see if that would bring up old memories for Mike also and then maybe they could resolve old issues between themselves.

As General Hospital viewers will also recall, Gladys is Mike’s cousin and wants Mike to be able to get back to his old self also, if it is at all possible. She suffered the loss of a close friend to Alzheimer’s and although she wasn’t on board with a trip to Sweden or Mike going on a feeding tube or anything like that, she was the one who found this article and if this treatment trial could help Mike, she’s all for it.

Sonny did research on the doctor heading it up and found nothing untoward about her, and only good reports about the trial itself. Mike has been rapidly deteriorating in the last few months, and at any time he could go into the final stage of Alzheimer’s, where his brain would not even control his body and eventually his organs will fail as well. This is what has happened to his “wife” over in Turning Woods, Yvonne Godfrey (Janet Hubert) and what Gladys was upset enough about to tell Marcus Godfrey (Nigel Gibbs) to let her die with dignity and have that feeding tube removed!

The only problem with that is that then she would starve to death and that would not be pleasant! Mike may suffer some confusion about the trip when they get ready to go, but all in all it’s the best – and most likely – the only chance he’s got to reverse at least some of the cognitive decline! Sonny, Carly, Gladys and even Michael Corinthos (Chad Duell) who may prove to be the most skeptical of this treatment, especially considering the source of the article, will be on board if there’s a chance of getting some of Mike’s old self back!