The Bold and the Beautiful Spoilers: Are Liam And Ridge’s Demands Too Harsh? 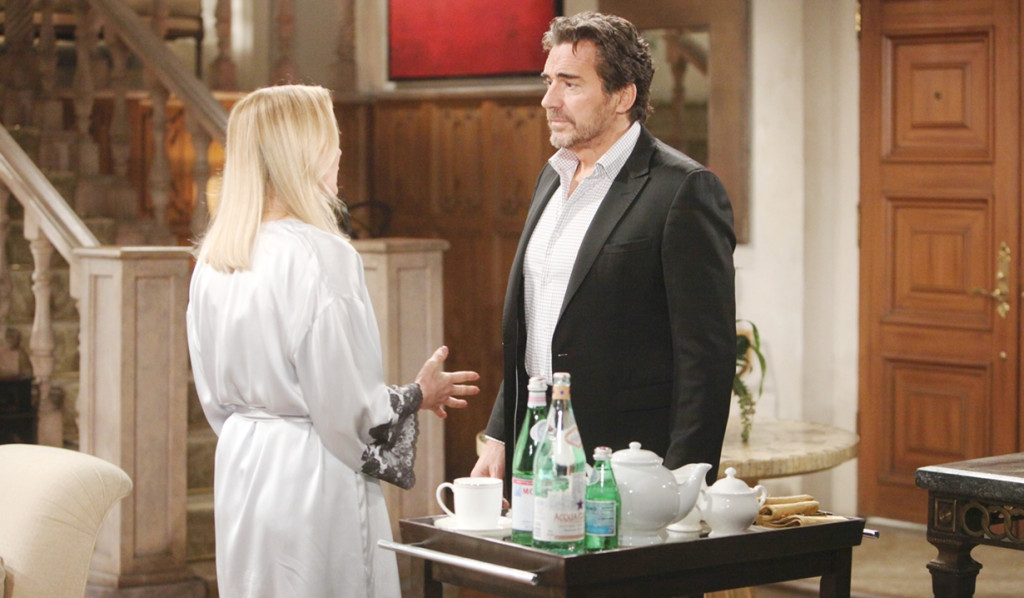 The Bold and the Beautiful spoilers reveal that a couple of B&B couples are making some outrageous demands that look highly likely to backfire on them. Not to worry though, if things fall apart, one mother-daughter duo will be able to join forces. Either that, or cry in their suds together! Are the current demands being made by the young and restless folks in L.A. ok by your standards or just plain wrong?

Lope and Bridge are unions that are treading water at the moment, and ironically for the same reason—demands that one partner is balking at. Who is right and who is wrong? At this point you might need a scorecard to figure who is being outrageous and who is being perfectly sensible.

On the one hand Ridge (Thorsten Kaye) is insisting that Brooke (Katherine Kelly Lang) love and accept his son before he will reconcile with her.

The only problem is that Brooke wisely knows that Thomas (Matthew Atkinson) is a dangerous cad who has hurt her daughter and will likely do it again.

On the other hand, Hope (Annika Noelle) isn’t sure she can commit to Liam (Scott Clifton) considering what he is demanding of her. Spoiler alert: his ultimatum looks to be for naught!

Sassy pants Liam thought he knew what he was doing when he proposed to Hope then added the proviso that she cut her ties to Thomas and Douglas (Henry Joseph Samiri). Apparently, the lovely blonde was mulling the offer over.

Until she saw Liam smooching with his ex in her underpants! Hell hath no fury like a woman tossed aside for Steffy (Jacqueline MacInnes Wood).

The Bold and the Beautiful spoilers – Love me, love my family!

In the end, will Hope and Brooke accept the demands that their men are making of them? At their most basic, each man is demanding that his partner make major alterations to her current lifestyle in order to be with the man she loves. Is that too much to ask?

In our opinion, Ridge is asking way too much of Brooke. His wacko son has a list of crimes and misdemeanors a mile long, but he refuses to see his rap sheet for what it is. Brooke should show a backbone and refuse Ridge’s pleas.

Liam is also out of line. Asking Hope to throw her motherly, legal, and emotional obligations to the curb is just heartless. Then again, if loves her, what is he doing kissing Steffy?

The coming week will prove momentous for both couples, so tune in to see who ends up with who!