‘The Bold and the Beautiful’ Spoilers: Liam Spencer Reacts To Prodding, Steffy Forrester Steps It Up 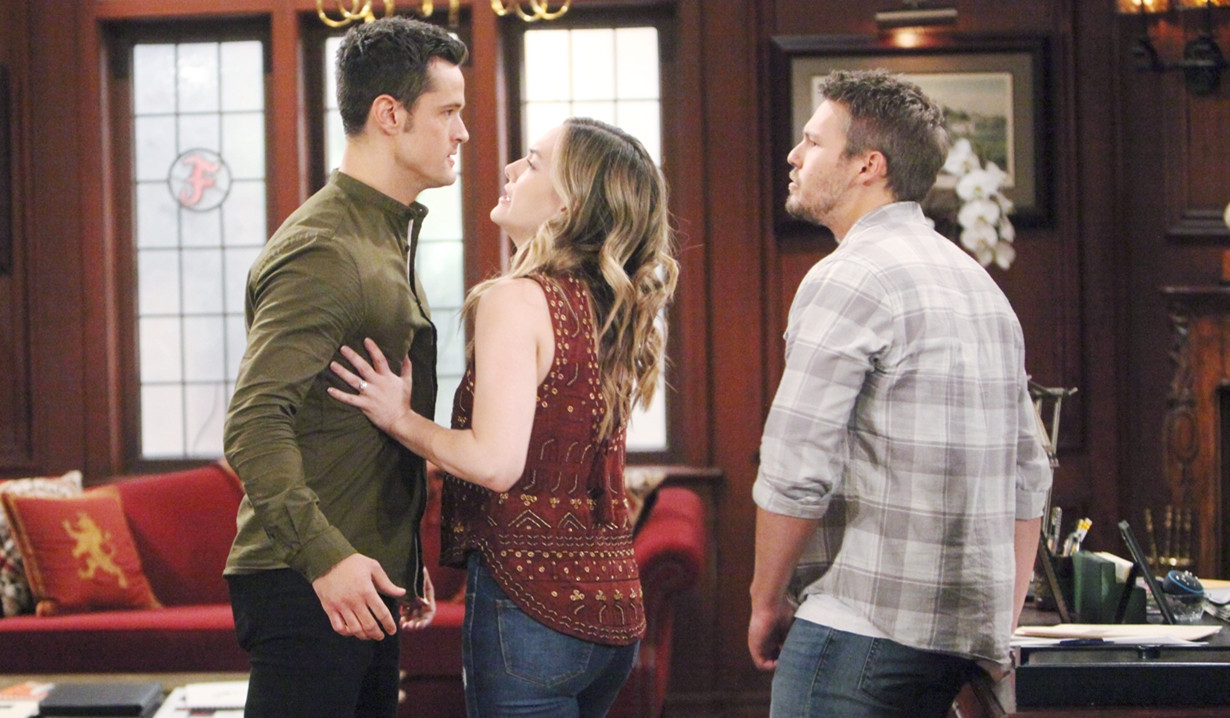 The Bold and the Beautiful spoilers document that Thomas Forrester (Matthew Atkinson) wants Liam Spencer (Scott Clifton) to lose. He urgently told his sister, Steffy Forrester (Jacqueline MacInnes Wood), to take whatever action was necessary because Hope Logan (Annika Noelle) was on her way to the cliff house.

So the unplanned phone call Thomas made potentially has a two-pronged effect. The first prong was employed, as Steffy acted on impulse, first embracing Liam with a hug and then kissing him, which Hope witnessed.

However, Liam will either determine that Steffy was aware of Hope’s imminent arrival at the cliff house, or Thomas will inform his nemesis of that fact.

Bold And The Beautiful Spoilers – Steffy Forrester Set Up

Steffy was surprised at what Thomas said. She wasn’t expecting Hope to come to her home. Liam spoke with Hope by phone and anticipated seeing her at the cabin later that day.

But Thomas’ phone call to Steffy allowed her to orchestrate a scenario that would knowingly provoke Hope. However, Wood’s character didn’t have time to consider that Thomas was also setting her up.

Liam was recently threatened by Thomas, who doesn’t actually want him near his sister. Thomas said that Liam would create self-inflicted wounds that could leave him without Hope, or Steffy. Now, that’s possible.

Bold And The Beautiful Spoilers – Hope Logan Is Still The Target

Thomas needed Hope to voluntarily split from Liam in order to reestablish the potential of a Thope reunion. That seemingly remote possibility now seems possible, as Hope is isolated.

Steffy was also surprised that her brother was still interested in Hope, as he was trailing her on the way to the cliff house. In retrospect, Steffy is sure to see that Liam’s passioned pleas about Thomas were right.

If Liam has been maneuvered out of the picture, Hope might be open to reconsidering more of Thomas’ theories. Though it’s surely still a long-shot to think that she would come to trust Atkinson’s character again. But this is daytime.

Liam shouldn’t have allowed Thomas’ goading at Forrester Creations to result in a conditioned remarriage proposal to Hope. But that happened, with then led to Liam’s sleepover at the cliff house.

All was still salvageable when Liam and Hope spoke by phone. But some soapy magic enabled Thomas to tail Hope, Steffy had her phone on, and then Liam happened to want to stand outside and clear his head.

The above is digestible and pushes the plot ahead. Yes, TPTB have created another compelling conflict involving this quartet, with another climax to follow.