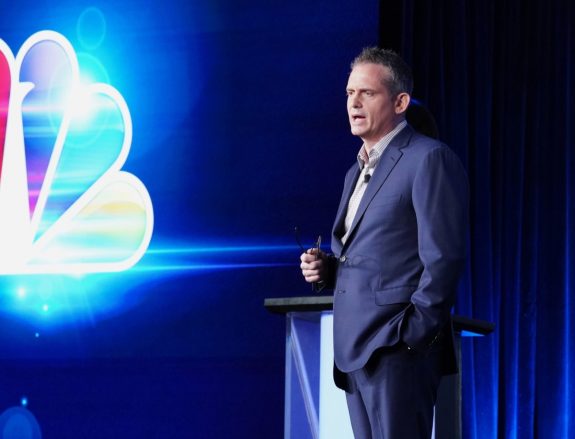 NBC Chairman Paul Telegdy clarified that “Days of Our Lives” will continue on the network. He made the statement at The Critics Association (TCA) press tour this weekend when asked if the sudser will remain on NBC or have a new home at an upcoming streaming service, Peacock.

Days Of Our Lives Spoilers: “Steve” Convinces John To Leave Town With Him To Hunt Down Stefano

“We are in a middle of finding out very soon. Of course Days of Our Lives is going to carry on. We love it…. I know that will be good news for the fans,” Telegdy said.

Telegdy said that negotiations are still underway. Sony Pictures TV is still trying to figure out how to adjust the business model of the show and that’s part of the reason for the delay. Additionally, all parties are committed to continue the show and keep it in the air.

Viewers may recall that “Days of Our Lives” executive Ken Corday of Corday Productions told the cast back in November that the sudser has been renewed for another season. He made the announcement after reports came out that due to cost cutting, the entire cast of the show has been released from their contract.

DOOL’s Successful Run Since Its Debut

“Days of Our Lives” is only one of the few soap operas that are still on the air. Since its premiere in 1965, it’s has released more than 13,000 episodes. It’s produced by Corday Productions, Inc. in association with Sony Pictures. Its executive producers are Ken Corday, Albert Alarr, Greg Meng while Ron Carlivati serves as its head writer.

A new digital series called “Last Blast Reunion,” which was based on the sudser, was released on the DOOL app back in November. The new series brought back nine fan favorites from the show’s 2000 season as they come together for a high school class reunion. The performers who reprised their roles include Brandon Beemer, Martha Madison, Nadia Bjorlin, Heather Lindell, Aaron Van Wagner and Lindsay Hollister. Meanwhile, Teressa Liane and Chadwick Hopson have been recast.

Stay tuned to the show and keep checking Days of Our Lives spoilers frequently for all the latest news, updates and developments!