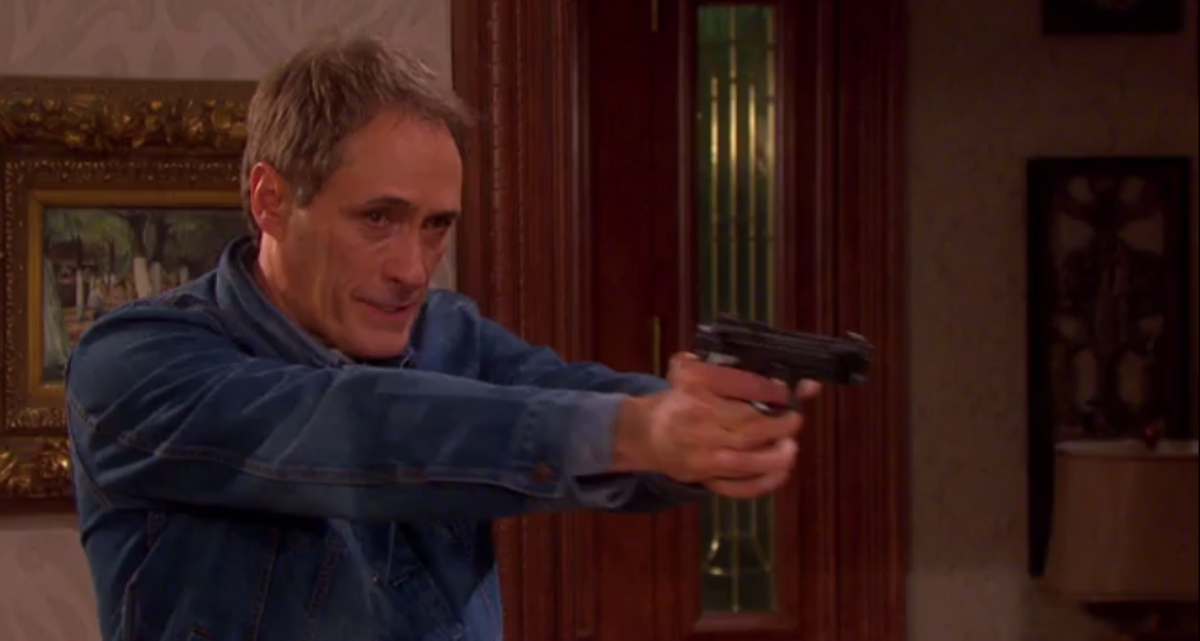 Days of Our Lives spoilers tease that George DelHoyo will be returning to Days of Our Lives later this month to reprise the role of “Orpheus”, a character which has not been seen since 2016!

Longtime Days of Our Lives viewers will recall that Orpheus, also known as Milo Harp, was played by George DelHoyo from October 20, 1986 to April 23, 1987. DelHoyo returned to the role nearly thirty years later in September 2016 in a prison break storyline in which he was the main villain till November 1, 2016. Despite his short amount of appearances on Days Of Our Lives, he is considered by many fans to be among the most evil and most dangerous villains to have ever appeared in Days of our Lives, next to Stefano DiMera (then played by Joseph Mascolo) and his son Andre DiMera (Thaao Penghlis).

Orpheus was a former ISA agent and a marksman. He was trained and disciplined by the ISA alongside Roman Brady (Josh Taylor) and was Roman Brady’s former ISA partner. This was during the time when Roman went missing and John Black (Drake Hogestyn), also known as “The Pawn” was believed to be Roman. In 1986, Orpheus began his revenge on “Roman”. Orpheus and “Roman” had battles in Stockholm, Sweden. Orpheus was hunted down by the ISA, he kidnapped Marlena Evans (Deidre Hall) from the ISA, after they kidnapped her to force “Roman” into following their orders, and held her hostage.

Days of Our Lives Spoilers: The Return Of Orpheus

In 2016, Orpheus saw a glimpse of Marlena in prison, and soon he meets Clyde Weston, (James Read) and in getting to know one another they learn they have a mutual hate for Salem. Clyde uses what little pull he has to get him transferred into Orpheus’ cell, so they can continue to plot their revenge on the people of Salem. While he was reading some books, Clyde introduces Orpheus to Xander Kiriakis (Paul Telfer), who hates Salem as much as they do and happens to be Victor Kiriakis’ (John Aniston) nephew.

In the process of reacquainting with John, Marlena, and Victor, he revealed on how he survived and how he tried to move on over the years and he learned that John has a son with a woman other than Marlena named Paul Narita (Christopher Sean). Soon he made his escape after shooting John in the shoulder. Orpheus picked up Steve Johnson’s (Stephen Nichols) gun, and he and Steve struggled. Orpheus was shot during the struggle, he laughed maniacally as he stared at the burning coffins before dying. He appeared to be truly dead when the paramedics declared him dead, after being unable to find a pulse for thirty minutes. Obviously Dr. Wilhelm Rolf (William Utay) must have given Orpheus some resurrection serum too, as Days of Our Lives viewers can see him on January 22!