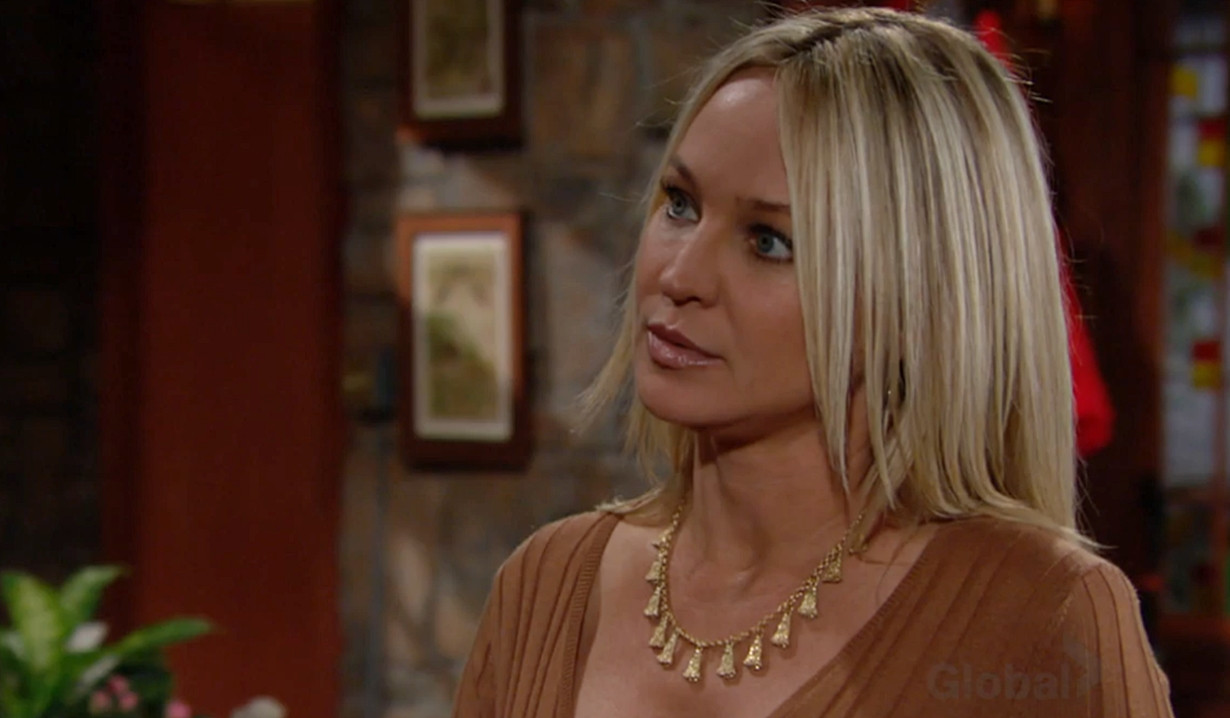 Sharon Newman (Sharon Case) has entered a crisis period on ‘The Young and the Restless’ that many viewers can relate to. A cancer diagnosis is something countless people endure, making the support of loyal family members and consistent friends important.

Sharon has opted to withhold the pre-diagnosis part of his developing storyline from her loved ones, not wanting to needlessly worry them. But when the facts are confirmed, she will share the concerning news. At that point viewers will see how those around her react and respond.

Sharon has come a long way in recent years. Her once-reckless choices resulted through untreated mental health issues. She took control of her life, which was a process, and has been maintaining her medication and therapy schedule for awhile.

Strong relationships with her children were key to achieving and maintaining stability. Creating the friendship with Rey Rosales (Jordi Vilasuso), that turned into a romantic connection, also demonstrated Sharon’s personal growth.

Young And The Restless Spoilers – Shey’s Endurance As Yet Unknowable

Rey was attracted to Sharon from the jump. But he was married to Mia Rosales (Noemi Gonzalez) when he first arrived in Genoa City, Wisconsin, while working as an undercover agent. While ‘Ria’ tried to make their marriage work, Mia’s attraction to Arturo Rosales (Jason Canela) eventually resulted in a child being born, who is supposedly Arturo’s offspring, and that couple’s move back to Miami, Florida.

‘Ria’s’ divorce gave the full green light to ‘Shey’, which has worked out fine so far. However, this pairing isn’t engaged and doesn’t have a long history, which would allow a more educated soapy prediction to be made.

Young And The Restless Spoilers – Shick Is Only Yesterday, Or Also Tomorrow?

If there were ever a time that Y&R would seem inclined to actually have Nick Newman (Joshua Morrow) and Sharon fully reunite to eventual marriage, it would seem to be now. Regardless of what anyone thinks about ‘Shick’, then or, potentially, now, current plot circumstances makes this option plausible and possibly needed, based upon how Vilasuso’s character is written.

At the very least, Nick has been positioned to be a friend to Sharon. Their recent reminiscence of the Cassie Newman (Camry Grimes) era highlighted the enduring bond they share.

While personal strength is touted as some form of ultimate goal, what matters most in GC are the personal bonds Sharon shares. So, her children, all other loved ones, and fans of this character and the actor who portrays her will now be called upon as this important arc begins.