Days of Our Lives Comings And Goings: Marie Wilson Reprises Role In Salem! 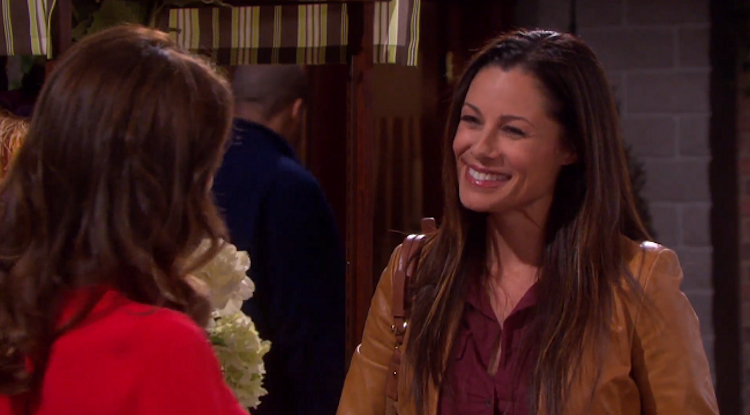 Marie Wilson is heading back to Salem to reprise her role as Summer Townsend on “Days of Our Lives.” Her character is set to appear on the small screen on January 21.

Her upcoming return marks her third run on the sudser. Viewers may recall that she first appeared on the show back in 2014 as Bree Tjaden, which she portrayed until 2015. In 2016, she appeared as Maggie’s Kiriakis’ (Suzanne Rogers) daughter, Summer.

Summer’s Debut On The Show

Her character was introduced after Brady Black’s (Eric Martsolf) heart transplant and she was a complete train wreck during that time. Viewers discovered that she was the sister of Daniel Jonas (Shawn Christian) and the daughter of Maggie. The latter admitted that she gave Summer up for adoption when she was little.

Many viewers were eager to see Summer go and for good reason. The character had serious mental issues and loved to cause trouble in town. She found herself involved in the death of Clark Benard (Josh Burrow). She was accused of kidnapping Tate Black Colin and Kyle Shroeder and went head to head with Theresa Donovan (Jen Lilley).

Given her penchant for stirring up trouble, Summer is among the characters who fans may not be too excited to see. But her return may be important to a certain storyline.

Days Of Our Lives Spoilers: JJ Pays Gabi A Visit, But He Has A Secret Agenda @celebratesoaps #days #dool #daysofourliveshttps://t.co/CqhEsFSb9x

Summer reappeared before Adrienne Kiraikis (Judi Evans) died. It’s been revealed that she’s the reason why Maggie fell off the wagon. Flashbacks will show that Summer visited Maggie. Viewers have to tune in to find out what they talked about.

Perhaps Summer confronted Maggie about her past. Maybe she made her feel guilty for abandoning her. Whatever it was, their conversation caused Maggie to go on a drinking binge and her drunkenness led to an accident involving Adrienne and Sarah Horton (Linsey Godfrey), an event which Will Horton (Chanler Massey) was framed for.

What To Expect Upon Summer’s Return

Upon her return, Summer will say things that would not just turn Maggie’s world upside down but change the lives of other characters in town forever. She’ll help unravel the truth about Adrienne’s death.

Stay tuned to the show and keep checking Days of Our Lives spoilers frequently for all the latest news, updates and developments!