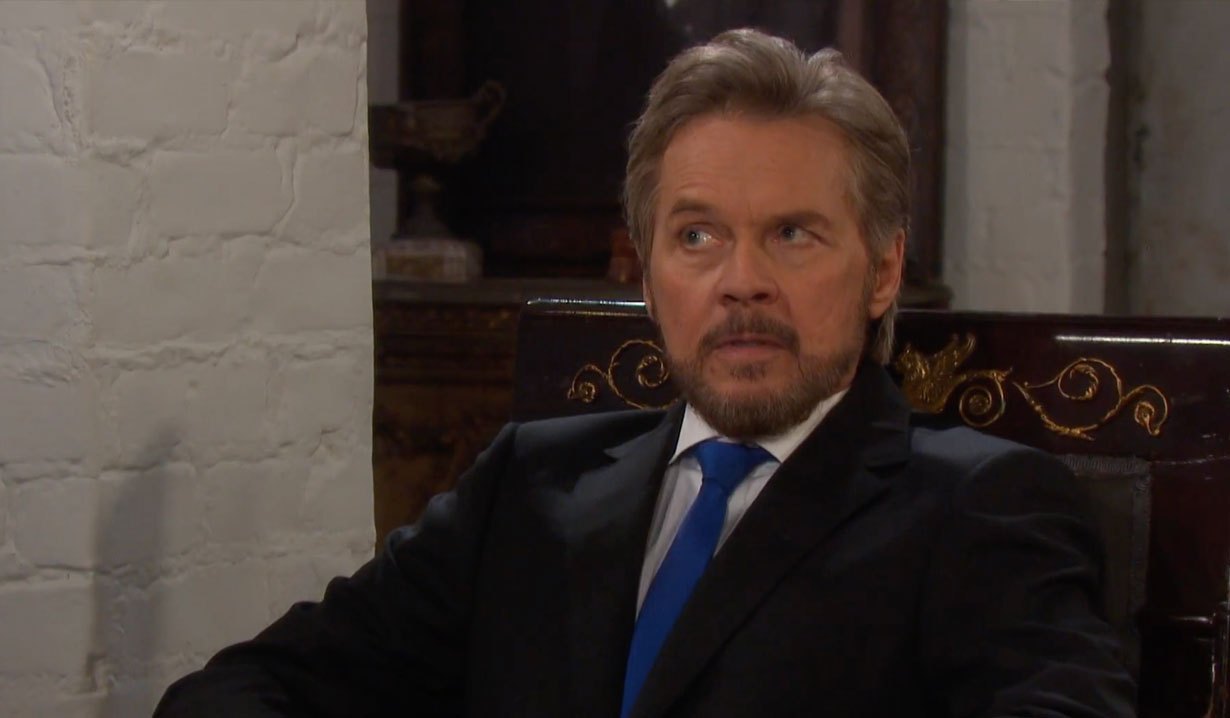 Days of Our Lives spoilers reveal Stefano DiMera (Stephen Nichols) and Princess Gina (Kristian Alfonso) come up with a “killer” plan. In order to get John Black (Drake Hogestyn) and Dr. Marlena Evans (Deidre Hall), they need to lose them first. Could Dr. Rolf (William Utay) end up returning in order to resurrect “Jarlena” in a sinister scheme?

DOOL spoilers indicate that Princess Gina is growing more impatient and frustrated by the day. Ever since her “rebirth,” she has wanted nothing more than to do with John. However, he is married to and in love with the woman of his dreams, Marlena.

In upcoming episodes, expect Princess Gina to express her frustration to Stefano and push him to figure something out.

At first, Stefano is baffled about what they can do to speed things up. Then he has a brainstorm and reveals in order to get the people they want, they must end up killing them first. Considering that Stefano has a long history with mad scientist Dr. Rolf, could the resurrection injection come into play?

Days of Our Lives spoilers tease that the resurrection injection didn’t always deliver the same results. There were too many different factors that play into how one would return. Dr. Rolf did perfect the serum, but they don’t want John and Marlena to have their memories when they come back from the dead. They would just be the same “Jarlena” as before if that happened. So, what is a mad scientist and sinister schemer to do in a situation like this?

Days of Our Lives Spoilers: Brainwashing and Brain Chips

There are a few different theories for this storyline. Dr. Rolf can go back to his previous formula, which brought back the dead but they ended up with amnesia. Then, Stefano and Gina can fill their blank slated minds with whatever they want.

The other option is that Dr. Rolf inserts a brain chip in their heads, similar to what he did with Stefano/Steve. However, that would probably take a lot more time and work than the first method. We will have to keep watching the NBC soap opera to see where this storyline is headed.