General Hospital Rumors: Could Someone Be Out To Avenge The Death Of Sonny’s Foreman? 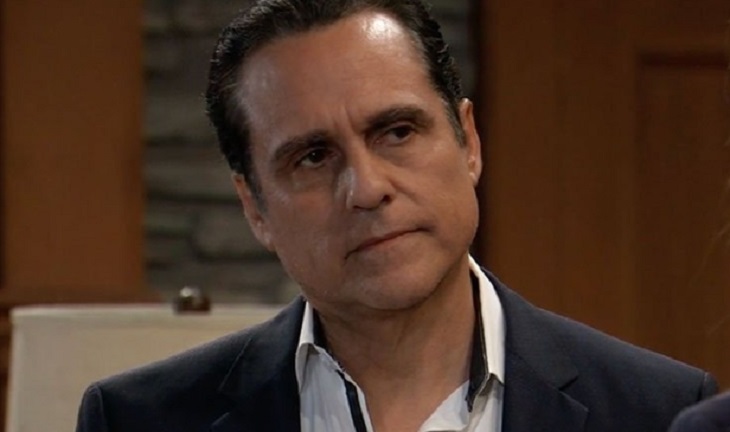 General Hospital spoilers tease that the person who hijacked the Corinthos Coffee truck and left it burned out in a no parking space could be a family member or loved one out to get revenge for Sonny Corinthos’ (Maurice Benard) foreman who was harassing Dev Cerci (Ashton Arbab) and stealing money, and also tried to frame Dev for the theft! That foreman, Barry Ziegler (Ron Rogge’) had a fatal car accident later.

Barry had forced Dev, a teenager, although a strong teenager to hoist bags of coffee beans over his head to put on the shelves which technically would be against OSHA (Occupational Safety and Health Administration) rules for a teenager, especially one as young as Dev was at the time. Sonny had given Dev a job in the warehouse but he was supposed to be performing duties that would be appropriate for a young teen, not back breaking work that should have been done with a forklift! Apparently this foreman had probably been stealing for Sonny for a while and not gotten caught so maybe he figured this new kid was going to be trouble for him. He had even fooled Jason Morgan (Steve Burton)!

So when he told Sonny and Jason Dev was stealing money, Sonny smelled a rat! He fired Barry, gave him severance pay of the money found in Dev’s jacket, and told him to relocate to the West Coast! However, later he had a fatal car accident.

GH Spoilers: If Someone Is Avenging Barry Ziegler, Why So Many Months Afterward?

The question is, if someone is avenging Barry, why so many months afterward? This happened in August and now it’s January. Stealing a coffee truck and burning it up could seem to be warehouse related and Barry was the foreman in Sonny’s coffee warehouse. It definitely could be a warning, but there hasn’t been any mob activity in Port Charles for quite a while, not even with Sonny himself. He’s been concentrating on family, as has Jason.

The driver of the truck, Sonny’s employee, followed orders and got out of town for his own safety. If this is a case of avenging the death of Barry Ziegler, then whoever hijacked the truck waited an awful long time to do it. It could be a relative of Ziegler’s waiting on a prison sentence to end and who has some criminal experience, obviously. Someone who knows how to hide their tracks and destroy evidence, but didn’t want to kill the driver of Sonny’s coffee truck. But why?

Perhaps the hijacker and the driver worked together, and the driver was a close friend of Barry’s. This could be a caper many months in the making, and the avenger has either been biding his time, waiting on his parole so he could exact his revenge, or there could have been some other reason he waited so many months. But one thing is for sure: this is a warning, and there is more to come! Avenging a death is worth considerably more than a coffee truck! Sonny and Jason had better watch their backs!