General Hospital Rumors: Nelle Blackmails Brad Into Letting Her Move In With Him And Wiley! 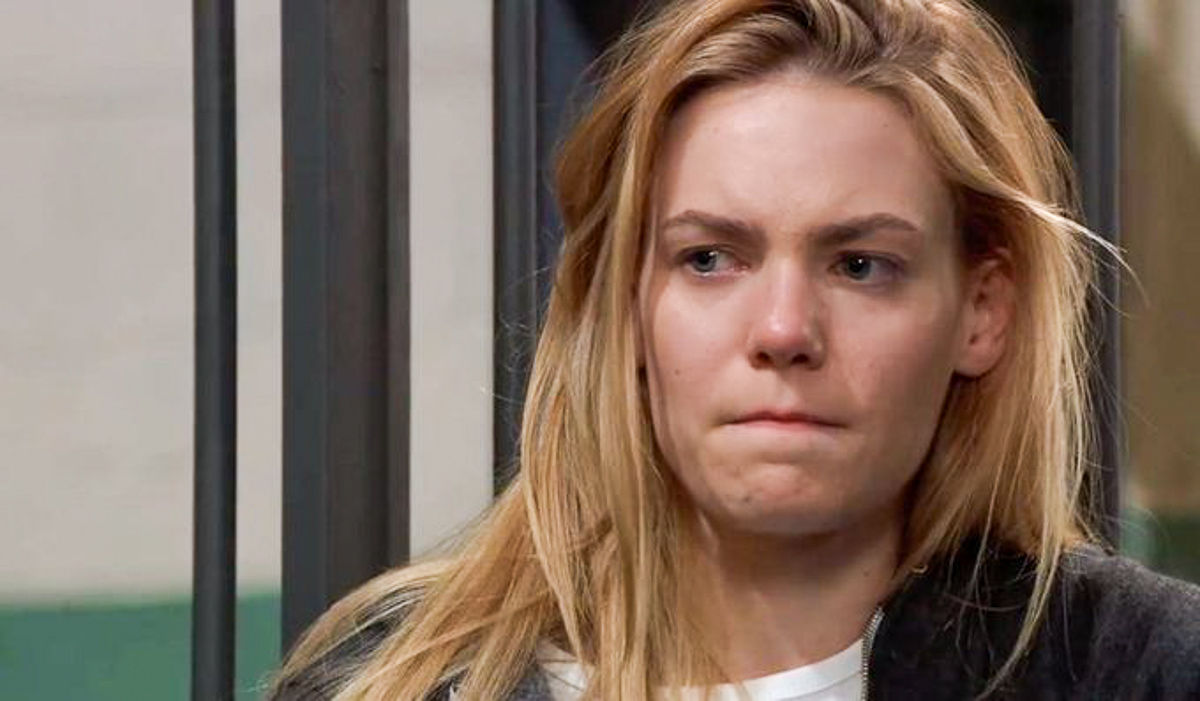 General Hospital spoilers tease that Nelle Benson (Chloe Lanier) will blackmail Brad Cooper (Parry Shen) into letting her move in with him and Wiley Cooper-Jones (Erik and Theodore Olson)! This is NOT good news, as GH viewers know!

Nelle will need somewhere to live now that she’s out on parole, and apparently not being restricted to a prison halfway house as Harmony Miller (Inga Cadranel) is. As General Hospital viewers know, she also desperately wants access to her son, Jonah Corinthos who lives with one of his adoptive fathers, Brad Cooper (Parry Shen) under the name “Wiley Cooper-Jones”. Lucas Jones (Ryan Carnes) looks to be out of commission for the foreseeable future! What better place for Nelle to live than with her old friend Brad, and what better way to make that happen than to blackmail him with threatening to tell Sonny Corinthos (Maurice Benard) the truth, and put it all on Brad, and make herself the innocent party! Of course, she’s forgetting about Liesl Obrecht (Kathleen Gati) and that she knows the secret too!

Brad should know that Nelle is blowing smoke, because by incriminating him in the baby swap she would just be incriminating herself, but he is already so paranoid and afraid, she convinces him easily that she can get him in trouble without getting herself in trouble or drawing the suspicions of not only Sonny, but Carly Corinthos, (Laura Wright) Michael Corinthos, (Chad Duell) Detective Harrison Chase, (Josh Swickard) and even Willow Tait (Katelyn MacMullen) and Lorraine “Harmony” Miller (Inga Cadranel)! She doesn’t know that Willow is going to be taking care of Wiley at first, but she will find out by the time she blackmails Brad. SHE will be taking care of Wiley/Jonah, because THAT will be her job that satisfies any of the conditions of her parole, if there are any. She will move in with Brad and she will be Wiley/Jonah’s nanny!

Obviously, Nelle will further put into her blackmail “agreement” that NO one is to know who the nanny is that he hired, and NO visitors are to come to his and Lucas’ apartment, and NO relatives or friends are to visit with Wiley, in particular, Michael! And since she will be a full time nanny with room and board as her pay, or part of it at least, she will be there ALL the time. She also banks on having Oscar Nero Quartermaine’s (Garren Lake Stitt) as a money source, and possibly offering to sell them back to the Quartermaines in exchange for everything they own! She thinks she holds the power over the Quartermaines, and in turn the Corinthoses, and anyone else who might get in her way! Let’s see what happens if she gets a couple of feuding Cassadines upset with her; she’ll probably think she’s got power over them too! Then it might be Nelle who gets the rude awakening – if she ever wakes up again, that is, between Cassadines and Sonny mad at her!