General Hospital Spoilers: Is Ava Playing Nikolas Against Valentin? Who Gave Martin Gray A Copy Of The Codicil? 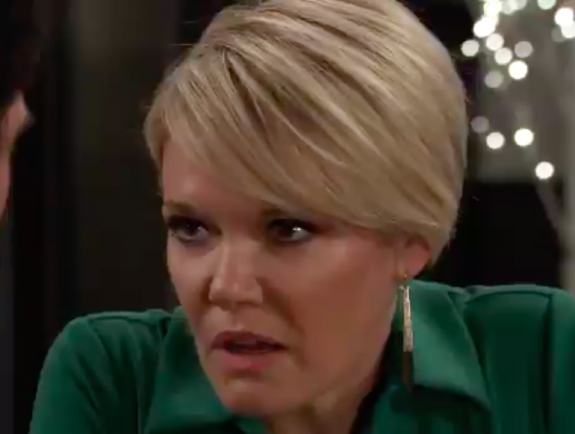 GH Spoilers: When Valentin Cassadine Was Arrested, Martin Gray Has A Copy Of The Codicil In His File Folder

When Valentin was arrested as he was trying to go on the run with his daughter Charlotte Cassadine (Scarlett Fernandez) in tow, Charlotte went with Lulu Spencer (Emme Rylan) as Valentin was brought in by Commissioner Jordan Ashford (Briana Nicole Henry). Later, after he was booked, Attorney Martin Gray (Michael E. Knight) came to discuss what had happened with Valentin and to work on a plan of defense.

General Hospital Spoilers: What Is Going On With Jordan’s And Her Colleague’s Death By Overdose

Martin opened his file and looked and said the codicil was pretty straightforward, it does disinherit Valentin, whereas Valentin said it could be a forgery. Apparently it also gave the reason – that Valentin is Helena Cassadine’s (Constance Towers) son, and therefore cannot inherit Mikkos Cassadine’s (John Colicos) money because he’s not a Cassadine! Of course, Helena could have also been fooling around with one of Mikkos’ brothers which would still make Valentin a Cassadine but not a direct heir of Mikkos.

General Hospital viewers will recall that after Nikolas Cassadine burst into Valentin’s wedding after saving Ava, who almost drowned after Valentin pushed her off the parapet at Wyndemere Castle, Martin went back to Ava and the two walked off together out of the room, where Valentin and Nina Reeves’ (Cynthia Watros) relationship was spontaneously combusting.

After Ava and Nikolas suddenly got married afterwards, Martin was nowhere to be found and Nikolas had brought someone else in to officiate! And now where do you think Martin got a copy of the codicil when Nikolas doesn’t even have it yet? It has to be Ava! But why? Is she playing Nikolas and Valentin against each other?

Ava craves money, and Ava craves power. In this way, she is very much like a Cassadine herself. She makes good money with her art gallery, but nothing like the money she would have as the widow of a Cassadine, once both Nikolas and Valentin are out of the picture! But what about Spencer Cassadine (Nicolas Bechtel)? Has she thought about him?

She would have lots of bad luck if she did anything to Spencer – he’s Sonny Corinthos’ (Maurice Benard) nephew, and even Laura Collins (Genie Francis) is not as pure as the driven snow! But when it all boils down, Ava is not that money hungry but she does crave having the power of the Cassadine name. After losing her own child one wouldn’t think she’d harm Spencer. But she definitely has some kind of plan going to play the older Cassadine boys against each other using that codicil! She wouldn’t have given Martin a copy if she didn’t!