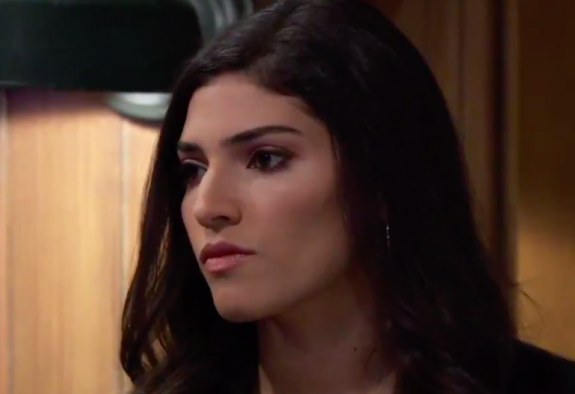 General Hospital spoilers tease that it may be Brook Lynn Quartermaine (Amanda Setton) who winds up taking up the slack helping care for Wiley Cooper-Jones (Erik and Theodore Olson) in upcoming episodes of GH!

General Hospital Spoilers: Is Ava Playing Nikolas Against Valentin? Who Gave Martin Gray A Copy Of The Codicil?

Brad doesn’t know she lives in the Quartermaine mansion, which is where Michael lives, and Julian knows that it was Brooke Lynn who took care of his son with Olivia Quartermaine, (Lisa LoCicero) Leo Falconeri (Aaron Bradshaw) when he was a baby. Julian knows that Brad needs help whether he thinks he does or not, so he will suggest Brook Lynn.

General Hospital Spoilers: Brad Cooper Would Object If He Were To Find Out She Lives At The Quartermaine Mansion

Julian will make it real easy and convenient for Wiley-shuttling duties back and forth by offering to pick him up, get him to his babysitter, and then pick him up and bring him back to Brad when Brad is ready for him. Easy-peasy, and saves time for Brad and makes things much less stressful for him. Brad seems to trust Julian – although he shouldn’t for obvious reasons – but now things are different since the horrible accident that put Lucas Jones (Ryan Carnes) in a possibly permanent coma instead of Brad, like Julian had planned – or worse, preferably.

Julian may not even tell him that Brook Lynn took care of Leo, if he thinks that even that small connection to the Corinthos family through Olivia Quartermaine’s (Lisa LoCicero) referral would freak him out! Julian will make the offer seem so attractive that Brad will accept it willingly!

Brook Lynn won’t have problems taking care of Wiley, and Michael Corinthos (Chad Duell) shouldn’t either, considering they all live in the same house anyway and Brook Lynn is bound to have already met the baby. He was staying with Michael or Monica Quartermaine (Leslie Charleson) frequently when Brook Lynn moved back to Port Charles anyway.

There, Wiley will be safe, and secure, and have plenty of people around who will adore him – Tracy Quartermaine (Jane Elliot) might even think he’s a doll!

Stay tuned to GH and keep checking General Hospital spoilers frequently for all the latest news, updates and developments